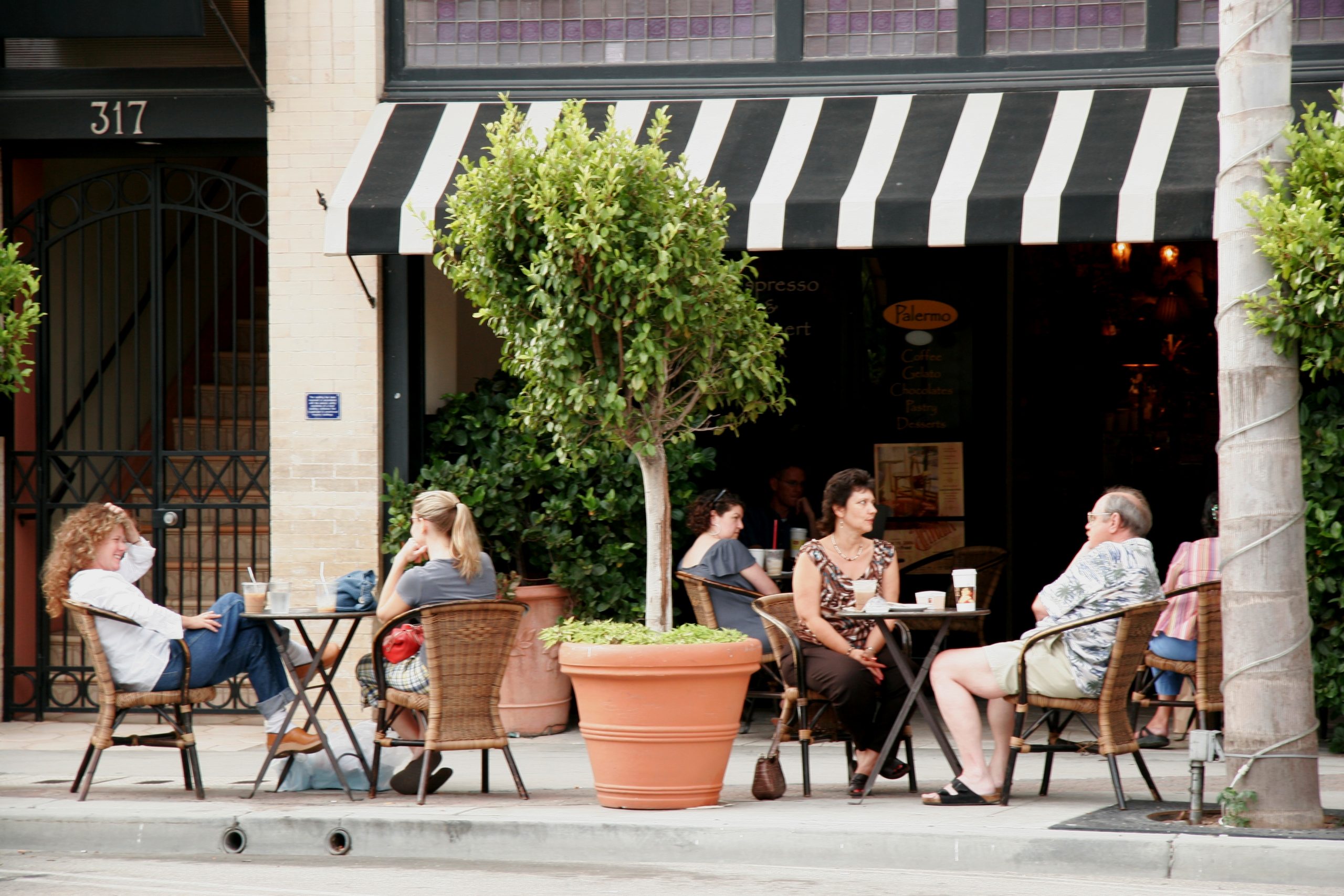 LT bought a cup of coffee at a Starbucks on 28th and B streets, hefted his backpack and walked to a bench in a vacant lot where a crazy homeless lady spent her nights. He set his pack down and gave her the coffee. It was early morning, still dark. The farthest reaches of the sky slowly brightened and frayed and he stared at a spreading line of pink light and wondered what had happened to Crazy Lady. Why was she the way she was? He knew what had happened to him.

You and me, we’re not that different, he told her. She cursed him in a low, throaty voice and cupped her coffee in both hands, and talked to herself but he was unable to make out her words. He watched feral cats prowl through the burned and ruined foundation of whatever had stood here, a house or storefront, he didn’t know. He remembered this building he and six Marines ran into in Fallujah chasing insurgents. One of the bad guys rolled a grenade down the stairs and the LT’s guys turned around and tried to get out the door but they got all bottlenecked, shoving each other and shit and couldn’t move, and LT ran into a bathroom, dropped down in a tub.

Boom! He heard the grenade go off. Boom! and a fucking cat bolted out from beneath the tub. LT made it but not those other guys. PFC Pilsniak was on fire, leaping and dancing like a marionette,  and he ran outside and collapsed and LT stood frozen in place while a fucking haji ran up to Pilsniak with a blanket and put out the flames, and LT saw a dust-covered cat on the street licking itself, was it the one under the fucking tub? and he shot it, so much for your nine fucking lives, and then shot the haji, too, because he could.

That night, he wondered if he’d run out on his guys when he broke for the bathroom. They were all trying to get out, not thinking, and he heard their cries again, Pilsniak, Patterson, Waller, Kelman, Crain and Perez, and their cries became his cries and it was them and not him who dove into the tub. What would they say if they were here now? Would they think they had abandoned him? LT rubbed his forehead. So many sleepless nights and zombie days. In Iraq, at night if he wasn’t on duty, he’d stow his Kevlar vest and helmet in the pack and he’d restock his supply of tampons used to shove into bullet wounds and stop bleeding. Packets of dried beef and powdered soup, too, so he wouldn’t go hungry if he ever got separated from his squad.

When he first got back to the States, he would walk around carrying his pack because it felt odd to leave the house without it and he would stop at Starbucks as he had done most mornings before his deployment. Crazy Lady would be on the bench and just getting up, muttering to herself when he showed up. He would watch her inspect a tarp-covered shopping cart as if she was worried someone might have pilfered from it while she slept. He’d take a table and drink his coffee and see her cross the street to the coffee shop and wait in line, counting coins in her hand. If she stood under an air vent, the funk of her body and layers of unwashed clothes turned toxic and people hurried out covering their noses. She paid for her coffee and returned to the bench and sat talking to herself as cats skulked through the tall grass.

LT remembered this one patrol when he was in a vic behind a Stryker in Baghdad and a movie theater blew up. The blast like hot breath pressing against the windows and then withdrawing in an undertow of heat sweeping the vic to the side of the street. LT shouted, What the fuck! and he and the four guys with him scrambled out and positioned themselves behind the hood, crouching, cursing. Fucking hajis running everywhere, holding their heads, staggering, bleeding, and he flashed on dumb movies he’d seen, Night of the Living Dead, shit like that, all the blood slivering down their faces, and he swallowed and tried to clear the ringing in his ears and the screaming that pierced the ringing. He heard sirens from way off and stared through drifting smoke and dust and saw collapsed vendor stalls and the blackened walls of a bank and broken glass and overturned cars. A blue bus burned, the paint dripping off in waves. A man on the ground, his legs curled beneath him, was missing half his chest and LT watched him bleed out. He saw cats, cats every fucking where fanning away from a man with his head on fire, and LT thought of a jack o’ lantern, and the man lurched and stumbled and the fire coursed down his chest to his knees and he fell convulsing. A firetruck and truckloads of soldiers with the new Iraqi army careened onto the street. They waved battered rifles and shouted at one another and ran one way and then the other and the man burned until he didn’t.

The next day LT and his guys ran into another shitstorm when some fucking haji set off an IED in Hillah, about ninety-five klicks outside Baghdad. By time LT and his squad arrived, police were clearing body parts. Cats gnawed on limbs blown to rooftops and LT listened to women wailing and wondered How the fuck did someone’s leg land on a roof? He and his guys went house to house butting in doors, looking for bad guys, shouting at old men and shoving them out of the way, getting women and kids in another room and telling them to shut the fuck up with all that crying. Understand somebody kicks in your door, hits your mother and father, it doesn’t matter how justified you feel, they will hate us until the day we die, LT told his guys. Don’t hold back. Get intel. They’ll hate us no matter what so whatever it takes, get what you can out of them.

PFC Billington got ambushed when he got back on the street. He heard a shot, then heard another one and LT saw him drop. Branches broke and dirt popped up and he saw Billington run and throw himself on the ground. A sniper had his position. Billington! LT yelled. I can’t move LT, he shouted. He knows your position, LT said. You gotta move! Billington crawled on his elbows toward a tree, bullets whizzing by. LT raised his weapon and tried to pop the sniper, missed. Billington squirmed, took one in the temple. LT and the rest of his guys opened up, rip-shitting every building in sight. When they stopped and the noise faded, Billington was still dead and who knew what happened to the sniper. They retrieved Billington’s body. A fucking cat sniffed blood on the ground and LT shot it and then he unloaded on a charred truck. He knelt, stared at the ground. A pop to the skull. He saw the surprised look on Billington’s face, mouth open, speechless.

Crazy Lady belched and put her coffee down. LT watched her sort through her cart. She moved a pair of unmatched shoes, some T-shirts, pants. Discard she found in the lot, he presumed, the remains of others. He noticed her eyeballing him with quick sidelong glances and her lips moved but he couldn’t hear what she was saying if anything. Covering his face with his hands, he dug his fingers into his eyes until they hurt and then he glanced up and everything looked blurred and he saw small constellations of moving lights, flickering flames.

LT had liked the Iraqi culture, tea, smoking hookah. The people were all right. He trusted them until he was given a reason not to. He’d go into a village seeking intel and they might offer him information and then shoot at him when he left or poison his food and give him the shits for days. One day, LT would give a kid a Snickers bar, the next day a bad guy might pay the kid  to dig a hole and another kid to put an IED in it, and a third kid to connect it. If you’re some poor farm kid, and someone tells you, Here’s two hundred dollars. Eat your Snickers bar and go dig a hole in the side of the road, guess what? You fucking dig. LT saw the scorched bodies of boys and girls who blew themselves up, candy wrappers snagged on rocks beside them. He thinks about them now, thinks about the other side of the coin: killing somebody for digging a hole by the side of the road. It makes no sense in the big picture now that he’s back. But that’s the thing, you want to go home alive. Killing someone digging a hole might mean that. They dug, you killed. He was consumed by memories of the last moments of those he’d seen die. He imitated their screams until they were his screams. He’d writhe on the floor of his bedroom as they had in the dirt.

Crazy Lady stood still muttering, still fussing with her cart. LT listened to her and thought she might be talking in tongues. He heard his guys and hajis, saw them running and falling, their dead faces to the sun. Painful cries rose in his throat. He wanted it to stop. He opened his pack and removed a bottle filled with gasoline. Crazy Lady watched him and he walked away from her to the center of the lot and stood among broken cinder blocks. The cats started and crouched, their bodies taut, ready to flee. He sloshed gasoline in his hair and poured it on his face and he opened his shirt and smeared it across his chest, and he took a lighter from his pocket. Snapping it open, he held it above his head and a thin flame reached out and Crazy Lady began shaking her cart like a totem, and he tilted the flame toward his hair and screamed in voices not his own as the cats began running.

J. M. Garcia is a freelance writer in San Diego.

Photo, "Coffee Shop, Downtown Ventura, CA," by brewbooks on Flickr. No changes made to photo.

← What We Tell Ourselves
Rejoice, We Conquer →