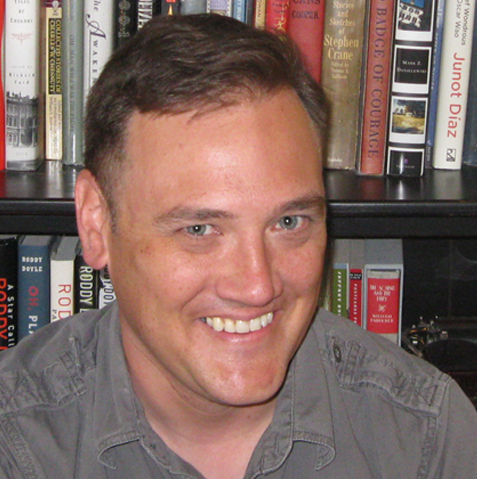 TC: Without getting too heady about “what constitutes a novella” was the Stonedust format one that you enjoyed, and is it something you see yourself doing more of?

I really enjoyed it, though I never had plans of pursuing this form, which is usually seen as unpublishable. And I don’t have immediate plans for another. I thought Stonedust would be twenty-five, maybe thirty pages at most. But the length was probably a result of the process, which was basically me writing the first scene years ago and then having no idea where to go with it. I had tons of images and scenes and little moments in my head but no idea what the exact trajectory of the story would be or where this guy was going to go. So it stewed and simmered in my brain for about four years, and I think by the time I figured things out it turned out I had a lot I wanted to get down on the page. And once I realized it was going to be over thirty pages I just said fuck it and decided to let it breathe.

The main character in Stonedust is a former pitcher, so let’s talk baseball. What’s your favorite position?

The closer. I know it’s become a ridiculously specialized position, but there’s something so cool about the very best closers. In the novella, Luke was a starting pitcher and thinks about the kind of warrior mentality it takes to stand out there all alone on the mound. But that’s amped up so much for closers. They’re like placekickers taking the final field goal attempt in football, except with actual respect from their teammates, because, in their own way, they sometimes get hit hard. And I love the theatre of it nowadays, with closers trotting out to entrance music like professional wrestlers. It’s ritual. I’m just really into ritual these days.

The obvious follow-up here is: what’s your intro music?

It would have been “Thunderstruck” but I think that was John Smoltz. I think I once tweeted that it would be the Stones “Gimme Shelter” even though it has nothing to do with baseball. That or Bob Seger “Ramblin’ Gamblin’ Man.”

Good choices. And what about your entry? Do you sprint to the mound or take the slow approach?

Like pro wrestlers, there’s sprinters and there’s the methodical. I like the slow entry and drawing out the moment. I think all this begins with Wild Thing Rick Vaughn in Major League. There’s so much drama with the closer and there’s no time to recover. The highs are so high and lows are so low.

What about Luke resonates most with you personally? What would you like readers to take away from him?

There’s a lot more of me in Luke than I should probably admit. I guess I envisioned myself if I were turned up to eleven… took those moments of personal depression and failure and ratcheted them up to a place I sometimes want to indulge in but usually manage to hold back from.

I’m fascinated by professions where people peak at a very young age and are has-beens by the time they’re forty. The idea of aging athletes who become coaches or broadcasters or car salesmen and know they’ll never again touch the glory of youth, when they couldn’t appreciate any of it. I’m writing a story now about a woman who—in her early twenties—was a model and Hollywood actress and is experiencing the same thing—the loss of physical strength and beauty, which we have for such a brief time.

I want people to look at Luke and relate, in their own ways, to the idea of trying to retrieve the irretrievable and how the same goals and glory that propel us in our youth can haunt us afterward if we obsess over them.

And if writers had Topps cards, what would yours look like?

Man, if writers had baseball cards we’d all be so vain about the picture on the front. I remember my favorite cards being the ones that said “In Action” and where, instead of posing by the dugout, the guy would be sliding headfirst into second or something. Maybe my writer card would be me “In Action” sipping coffee at my laptop with my cats crawling over the keyboard. Exciting stuff.

Your debut collection of short stories, Freshwater Boys, was so firmly set in Michigan; what was it like to write about Mexico, and is this something we might see more of in the future?

Not necessarily Mexico. I don’t have any more Mexico stories in me at this time. But I’m definitely interested in branching out from my home base. A couple of my new stories are set, in part, in Canada. I’ve traveled quite a bit through Europe over the past five years, so there’s a good chance some of those locales will come into play. With Freshwater Boys, once I saw the initial link of geography between the early stories, I think—consciously or unconsciously—I started writing stories that had more direct connections to the Great Lakes.

The setting is tranquil in a way: art, birds, sweet liquor, pools, nice weather—a paradise, really. But the paradise is flawed, or at least in danger. Did you see this setting as being essential to Luke’s story?

I’d done some reading about the Mexican tourism industry trying to fight the tarnished, violent image of the country through marketing. Despite the obvious physical dangers that Luke ends up confronting, I still see his own habits—his own self-destruction—as far more of a threat to him. The guy’s lost in himself. In his own head. He can’t appreciate paradise when it’s all around him, and when larger forces threaten those close to him, he can’t appreciate them or sympathize with them because none of it compares to his own personal, egocentric concerns.

Do you recall the first scene you had in mind, or maybe one big stand-out that really served as the foundation for the rest of the story?

They weren’t complete scenes or dramatic action; they were more strong images like hummingbirds. I taught a fiction workshop in Puerto Vallarta and the birds were everywhere. I had written a line during a writing exercise with my students about how the hummingbirds could out-fly their own sound. About how their wings flapping was like a ventriloquist in a way. I didn’t have a thread of narrative, and I didn’t know how the character would develop. I needed to figure out his backstory, about Luke’s broken down body and his development in his 30s. Connecting that backstory with images and lyrical moments is a bit like connecting the dots.

The amount of booze in the story is reminiscent of the Lost Generation. I know you’re a fan of Hemingway and that you recently taught a class on Hemingway in Spain. Did that experience and immersion have any influence on the writing of this story?

Maybe at an unconscious level. It’s been fun over the years to write in some of those places overseas where Hemingway drank. Filling pages in a notebook at the Café Iruña in Pamplona or at Harry’s New York Bar in Paris. But the drinking culture of those novels from the twenties is highly romanticized, of course. The writers were young and strong and beautiful at the time, and as readers we’re usually young and strong and beautiful when we discover them, so it’s easy to overlook the fact that the characters in Gatsby or The Sun Also Rises are imploding. Drink is killing their relationships. It’s making them violent. And as those writers aged, a lot of what happened to their characters eventually caught up to them, too. In the story, Luke is living in that borderland where the glamour has recently gone rotten.

With that in mind, who is the real sympathetic character in the story? Luke’s wife, his family? Because in an odd way they seem like the villains, but then he’s a bit of a villain himself.

I was really concerned that he was too hard to sympathize with. I said to my wife that he would be too much of an asshole for the story to work. In the first draft of the story I didn’t have the scene where Esteban loses his cool. I needed someone else to freak out so Luke could see that other people had problems—to make him a little more self-aware. I wanted Esteban to be the one you love but, like in a marriage, if one person is really stressed, the other person naturally becomes calm. If the calm guy freaks out and is up against it then it forces the other to shift gears.

Your own drink of choice?

Late morning is coffee. Nice restaurants is martinis. You’ll be happy to know I stopped buying cheap beer. I like Founders IPA.

Tim Chilcote is a writer and Great Lakes enthusiast. @TimChilcote and Google+.

← Don Draper and the Perils of the 21st Century
Goosed: The TSA Patdown Experience →