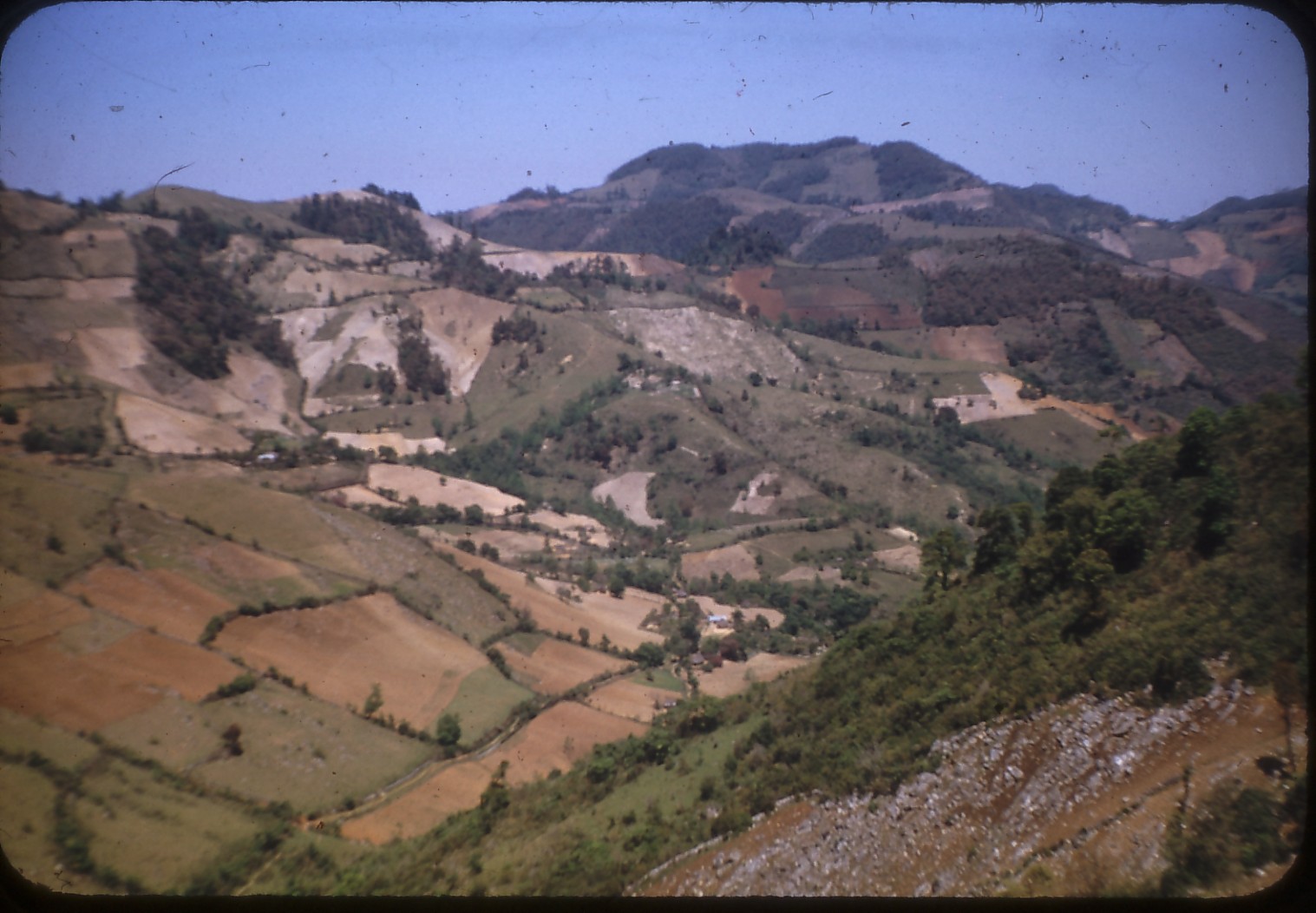 I ask the park ranger to see his testicles. He smiles and understands, turning to the dozen or so rabbits penned up behind him in simple wooden hutches.

The Spanish word for rabbit is Conejo (con-AY-ho). Cojones (co-HONE-es) means nuts, balls. Testicles. So when I smiled and asked if I could take a peek at the ranger’s cojones, motioning to my wife and two daughters as a show of good faith, he did what any self-respecting Mexican man would do: ignore the absurd and assume the obvious; this gringo’s a moron.

The rabbits are all busy eating corn tortillas and we can hear a barely perceptible munching, almost inaudible—like the sound the mad hear when convinced something is chewing through the walls. They are pure white, or white with black splotches, or all black, their ears impossibly long. My daughters pick up some of the loose tortillas that have fallen through the chicken wire and feed the rabbits by hand. They are so pleased, rabbits and daughters alike.

Las Palomas (“The Doves”) is a dusty, brambled, path-winding natural park a few miles outside of the city of Guanajuato in the central Mexican highlands. Every local we’d met over the last six months told us we should visit the park, that it held more wild animals than almost could be contained. Even, I was told one night by a stranger over a bottle of smoky mescal, the rare and mystical Mexican wolf. I was hooked.

The park sprawls up mountains and through valleys for miles. It is rugged, weirdly devoid of people, and absolutely gorgeous. After feeding and petting the rabbits, we grab a map from the same ranger and begin an impromptu hike down one of the many wide desert paths to who-knows-where.

The heat drags its nails through our sunblock, and our hats and sunglasses prove substandard at best. All the bushes and trees along the paths appear stunted, as if flattened by years of holding up interminable sunlight. Many armed, the branches seem charred: a nest of burnt arteries. We kick up dust and look for birds and deer while I hope for something wilder, a touch more perilous.

Sitting atop a log bench drinking water, we bask in a brief moment of shade. My youngest daughter, Sophie, speaks up.

Grey and spiked, a Horned lizard does nothing more than compress himself to the ground when he realizes we’re all gawking. When we don’t leave, he puffs out his sides and impersonates something akin to a dangerous balloon.

“Whoa,” says my oldest, Grace. “Look at that friggin’ thing!”

I want to pick it up, but decide it’s safer to grab my phone, snap a pic.

“It looks meaner than it probably is,” my wife Lisa says.

“You never know,” I offer hopefully.

We admire the lizard for a few more seconds, and then move on.

After about an hour, we make our way downhill to a grassier section; more shade and forest than dust and sand. I notice at the end of our path something massive lumbering towards us. I try to understand what I’m seeing. My wife lets out a little yelp of concern. Our daughters, who were debating when the cartoon The Regular Show officially stopped being funny, bump into us from behind.

I first picture Martin Sheen, but not that I think he’s coming directly at us, (that would be surreal, not to mention a little scary) but of him rising from the blackened water, all camoed out, at the end of Apocalypse Now. And that’s when I remember the water buffalo scene. Spoiler alert: they really did film the killing of that animal in ritual sacrifice. The scene has always haunted me. And now here’s an actual living and breathing water buffalo, tethered only to his will, coming towards us. But it’s moving slowly, methodically, and the strangest thing of all is that it seems perfectly weightless. Besides for a moose or two back in the White Mountains of New Hampshire, I’ve never seen something so heavy move so silently.

We step off the path and onto the matted grass and weeds; Grace and me on one side, Sophie and Lisa on the other. The beast pays no mind and just keeps coming, as if lead by some need we’ll never understand, and passes between us without so much as a second look. He then rounds a small bend and is gone.

We wander a bit more, discover an old artisan well. Leaning down to get a closer look, my new pair of sunglasses fall of the top of my head and into the darkness. I don’t hear a splash.

I straighten up. “Well,” I muse, brushing off my hands. “Now I know what you can get me for my birthday.”

“Who says I’m getting you anything?” Lisa counters. Then she smiles, and a little bit of my heart melts.

After an hour or two, we make our way back to the entrance. The park’s café is closed, so instead of warm food I buy what’s available: a Coke each and a large bag of lime and chili potato chips. We scarf everything down in seconds.

We wave to the ranger in a show of thanks, go out front and wait for a taxi. Sitting in the growing shade of early evening, everyone seems tired, but happy. I lean against a larger cement wall adorned with a hand painted mural of two deer. Deer, I think. Yeah, right. I was really hoping to spot a few, after all we’d heard about the park and its abundant wildlife. And if not deer, then maybe a snake or even a generic scorpion. I already gave up hope of ever seeing a wolf.

But really, if we had stumbled across something so wild, what would I have done? Picked the snake up and hugged it to my neck? Juggled the scorpions like scarves? Or worse, what if one of my daughters had absently sat on a scorpion, or blindly stepped onto the fat body of a rattlesnake while saying how happy she was to be living here in Mexico? What then? Neither Lisa nor I are doctors and we are miles from any hospital. I close my eyes and think about all those rabbits eating tortillas, the way my wife and daughters smiled while petting their luxurious fur and their long, silky ears.

A taxi pulls up and around, stops near us. We rise and get ready.

“Those rabbits were pretty cool, huh girls,” I say.

“Yeah,” says Lisa, climbing into the backseat. “Imagine how different things would have gone if that guy showed us his balls instead.”

Christopher Locke lives and writes in the Adirondacks. Previous essays have been published in The Sun, North American Review, The Rumpus, Atticus Review, Poets & Writers, Slice, Moonpark Review, Nowhere, and many others. Ordinary Gods (2017--Salmon Poetry) is his latest book of travel writing and details 25 years of travel throughout Latin America. 25 Trumbulls Road, his first collection of short stories, won the 2018 Black River Chapbook Competition and will be released by Black Lawrence Press in early 2020.

Photo, "Mexican landscape," by Janice Waltzer on Flickr. No changes made to photo.