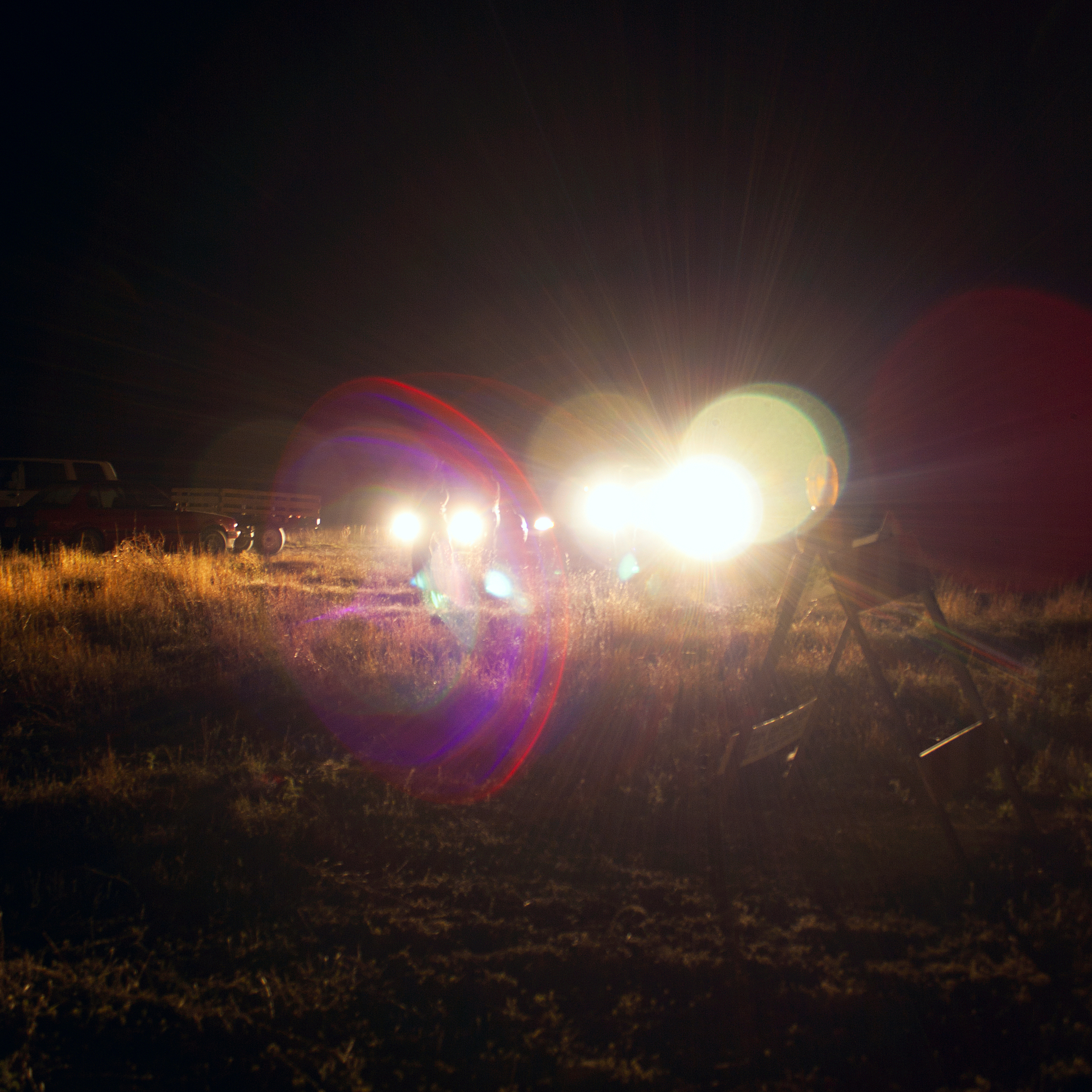 YOU THINK THIS IS A JOKE

Three guys walk into a bar: a cowboy, an Indian, and this black guy. It’s a dingy, dimly-lit dump of a place. Dad doesn’t give much more detail than that, but it matches every bar you’ve ever been inside. So the setup is believable.

They all belly up to the bar and order a drink. The cowboy orders a cold beer. The Indian and the black guy ask the bartender to line up a few shots for them. While the cowboy sips away at his beer and watches the television set above the bar, the Indian hoists his first shot glass into the air and says, “Once we were many, now we are few,” in a flat and somber tone before he slams a mouthful of whiskey and swallows hard.

While the Indian exhales a long, slow breath, the black guy nods and snatches up one of his shot glasses and says, “Once we were few, now we are many!” in a strident proclamation.

The cowboy clears his throat, itches his nose, sniffs, leans forward, looks down the bar at the other two, and says, “That’s because we haven’t played Cowboys and Negroes yet.”

Dad knows no other way to teach you about the loss your ancestors endured.

There’s this big Hollywood production company filming a movie about outer space in the desert. A week into it, some old Indian man walks into the middle of the set while they’re shooting an action scene on the desertscape. The director notices him at once and yells, “Cut!”

All the actors go silent and stare at the old Indian man who looks at the director, realizing he is the man in charge, and says, “You go, rain come. Make big flood.”

The director laughs and others join in and security escorts the old Indian man off the set.

A half of an hour passes, and the sky goes black. The director loses his light, so filming is done for the day. The actors retreat to their trailers. Then the rain comes and a flash flood washes across the desert, destroying the movie set.

Everyone goes back to wherever they call home.

Six months later, the film finds new investors and the director brings the cast and crew back out into the desert. This time they decide to shoot the film in the driest days of summer.

Once again, a week of filming passes, and the old Indian man walks into the middle of the set. He can’t find the director, so he stands in front of the camera and says, “You go, ice fall from sky. Break camera. Break everything.”

Once again, the director yells, “Cut!” from behind the monitor and calls security to escort the old Indian man off the set. But the laughter is enough to make him leave on his own.

Once again, a half an hour later, hail the size of golf balls falls from the sky. They grow bigger and bigger the longer the storm continues—some, the size of grapefruits even. A couple of the actors are injured before they can retreat to their trailers. The lights and the cameras are all destroyed. The set looks like Swiss cheese by the next morning.

Defeated, the director returns to California.

“Okay,” says the director, “What’s the weather going to do?”

Dad knows no other way to teach you Indians aren’t magical or mystical, despite what the T.V. and the teacher who made you read The Indian in the Cupboard has taught you.

A group of friends want to go out west and hunt buffalo. They find a brochure saying there must be at least four in the group, not including their guide. And they must hunt on horseback. They all want the authentic experience, so they hire an Indian guide.

He comes cheap, he travels light. He doesn’t even need a saddle.

He takes them across the prairie, talks about how much meat each man will get for their families, how the hide can be used to keep them warm and clothed, turned into moccasins, tipis, blankets, leather for saddles, how the bones can be carved to make knives or boiled to make glue, even the scrotum can be turned into a canteen for carrying water, how the horns and hooves can be used to drink from, how the sinew should not be wasted—even in today’s world. But they see no buffalo their first day and decide to make camp instead.

The hunters complain to the Indian guide and he tells them about Buffalo Bill Cody killing millions of buffalo during the days of the Medicine Lodge Treaty, the treaty they used to put the Plains Indians onto reservations.

The following morning, they ride along the ridge and look for the roving herd. But there is no roving herd to be seen. He takes them down a cut and out into the flat grasslands. Eventually, one of the hunters grows agitated and hollers out, “Where are they? I thought you people could talk to animals?” Without a word, the Indian guide stands on his horse’s shoulders and peers off to the horizon. They all stare off at the horizon too, trying to see what he is seeing.

With all the hunters watching, he gets down off his horse and puts his ear to the ground and lets out a sorrowful grown.

“How do you know?” one of the hunters asks.

Dad knows no other way to teach you the difference between people and animals, but he knows enough to teach you if you don’t laugh about it, you’ll cry.

He too makes sure to point out Buffalo Bill Cody’s house every time the two of you pass, shaking a clenched fist, save his middle finger.

“See what this guy’s doing?”

“The car behind us?”

“Look at his headlights, they’re rectangles. Two on each side of the grill. It’s a Dodge Diplomat. You can see them from a mile off without even having to look up on the roof,” Dad says, wagging a finger at the rearview mirror. “They try to creep up on motorists at night. Bunch of dumb sons of bitches.”

This makes you peer into the mirror so you can see for yourself.

“He’s getting too close to even see his headlights, Dad.”

“No, he’s trying to get us to break the speed limit, so he can write us a ticket. It turns into a thirty-mile-an-hour up here,” he says nodding his head down the road toward the beginning of the off-ramp, right where the interstate turns to and avenue and climbs up the side of the hill on the western edge of downtown.

You know he’s not listening, so you sit up straight in the seat and grab a hold of the handle on the door of Dad’s Duster and watch where you’re going. He’s gunning it, making the engine growl. The rumble under the hood matches the one you know is building inside Dad. You’ve made him have that same look on his face more times than you could count.

Once the road begins to curve and the cop’s headlights disappear from the side view mirrors, Dad tromps on the brake and sends his car sliding up the off ramp.

In a blink, he throws it in neutral, sets the e-brake, flings the door open, and he’s gone.

You hear yelling over the engine as it knocks to a stall. The mirror is no help, so you turn around in the seat and get up on your knees, rest your chin on the top of the headrest.

Through the swirl of red and blue lights, you watch the deputy get pulled out of his car and tossed down to the ground.

He keeps slapping him with his bare hands, the way he did with you the time at the cabin when you slid the chair out of the way when you were trying to get away from Grandma, but the foot of the chair landed on her big toe and broke it.

He keeps slapping him with those enormous hands of his until the deputy curls up into a ball. Dad cuffs him and crawls into his cruiser and calls his boss to come get him.

Dad isn’t bothered by guns and badges. He reminds Mom of this the day of their divorce. He tells her if she asks for you, he’ll kill you, her, himself, right then and there in the courtroom. Before the trial began, he makes sure to tell the bailiff, “Mine’s bigger than yours,” while eyeballing his waistline. The bailiff is young and dumb and has it in his head Dad is talking about cock size. What he’s too dumb to realize is how Dad’s talking about the caliber of the pistol and the length of the barrel he has tucked in the waist of his Wranglers.

Dad doesn’t get custody of you on account of his history of violent behavior. It’s right there in their divorce papers. Mom gets child support awarded to her, but Dad stops working the very next day and she never sees a dime. He laughs when he tells you this for himself, says she didn’t know how much money he really made until that day in court.

It takes about nine months of mom waitressing and locksmithing and dancing before she succumbs to exhaustion and loses her apartment and it gets too cold for the three of you to sleep in the car anymore, so she calls her ex-mother-in-law and asks, “Do you want David for Christmas?”

“Of course,” Grandma Audrey says. “We’d love to have him.”

Relieved, Mom drops you off at her house the next day, two weeks before your birthday. A few weeks later, Grandma Audrey tracks down Mom and asks when she’ll be coming to get you, but what Grandma didn’t understand is that when Mom asked her if she’d like you for Christmas, she meant as a Christmas gift.

David Tromblay served in the U.S. Armed Forces for over a decade before attending the Institute of American Indian Arts for his MFA in Creative Writing. His essays and short stories have appeared in Michigan Quarterly Review, RED INK: International Journal of Indigenous Literature, Arts, & Humanities, The Dead Mule School of Southern Literature, Yellow Medicine Review, Open: Journal of Arts & Letters, Watershed Review, The Nemadji Review, The Thunderbird Review, and FIVE:2:ONE Magazine. He currently lives in Oklahoma with his dogs, Bentley and Hank.

Photo, "BC&MF," by Andres Rodriguez on Flickr. No changes made to photo.

← The Unlovables
No Harm at All →