Is it Really So Hard: Thoughts and Semi-Rants on Louis C.K., Toxic Masculinity, Art and Victoria Falls by James Hornor 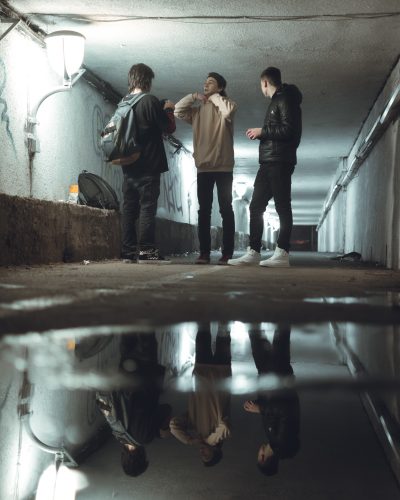 I don’t want to bury the lede, so please note that I intend to write about the new novel Victoria Falls by James Hornor.

Shortly, I promise, but I have a lot on my mind, including, and adjacent with, but not limited to Hornor’s fine, and timely, rumination on being male, behaving poorly and seeking redemption.

But first, the adjacent.

As #MeToo continues to evolve, we find ourselves in the middle, though really just at the beginning, of something new, a dialogue and a reckoning, and some long-held norms and some people will burn as part of this reckoning. At some point we’ll have to debate if there was collateral damage along the way, and yes, this might include some men, men who didn’t behave badly as a practice, but didn’t think about what their behavior meant either. That’s how it works though, and there are so many women over so many years that lost their careers and their sense of safety and identity, that the men who feel victimized by what goes down now will have to make peace with it, because burning things down is the only way it can go with change and transformation.

Now let me digress, but let’s recognize that it’s not a digression either, because it’s all connected, we’re all connected.

I saw this Tweet that said something along the lines of, everything you now write about women doesn’t have to start with “in the era of #MeToo.”

But does this also apply when you write about men during this era, and the eras that preceded it, their behavior and abuse of power, systemic and otherwise, which in this case is similar to writing about women, but is instead about men writing about men in the era of…

Here’s the thing, we know whose getting it wrong.

Fuck that motherfucker. Seriously. I know I’m disappointed by not just being snowed all these years by his purported goodness as wrapped as it was in a kind literate, slob comedy genius, but his actual fucking behavior too, it’s just that his inability to now show any decency as he mounts his comeback is truly appalling and an affront to decency.

He may be more thoughtful than others regarding the sexual misconduct allegations he’s faced, and may even feel bad about it, or shamed, but has he apologized to his accuser or asked how she feels? Not publicly and certainly not on his recent Netflix special.

I’m not sure he’s done anything, and what does that even mean? There’s a solid argument that poor and abusive behavior doesn’t have to be placed on a continuum where Harvey Weinstein and Bill Cosby are on one end, and everyone else is lined-up accordingly. But Damon is, was, an apologist, and a provocateur, choosing to talk about the need for such a continuum and a discussion on the spectrum of possible behaviors, all the while unwilling, and unable, to just listen. He kept talking and talking. Why couldn’t he just shut the fuck up? Something, he has apparently since done, and thank you for that.

He won’t speak at colleges anymore because they’re too politically correct now and he feels it limits the comedy he wants to perform. But why can’t he adapt to the world as we now live in it (and this is not an original thought of mine, but one also stolen from Twitter), and not the one that made him rich? Not that I begrudge him being rich, awesome, I’m fine with it. But if he chooses to stay in his lane despite existing in an ever-shifting universe he doesn’t get to complain. He’s earned his millions, but he hasn’t earned that, and that’s enough, thank you.

Still, it feels like there have to be some guidelines if men are going to do any of this right.

If, and when, necessary, apologize, and mean it, even if no one asked for it.

If you’re not sure what to apologize for, take a moment, and then…

Is that so hard?

Learn something by trying to get something out of this listening, look at yourself, become more self-aware, giving and curious, and try to impact things in a positive manner.

Also, adapt your behavior to how we live now, things change, we grow, culture shifts, suppressed voices are heard and in the best of times the universe tilts towards goodness.

Be part of the fucking tilt, don’t push back, it’s a bad look, and we need to be done with it.

In “What Louis C.K. Could Learn From the Beastie Boys Book,” the writer Keith Pille writes about all that Louis C.K. could have learned from the one-time, misogynistic party boys known as the Beastie Boys, who… wait for it, spent much of their careers trying to apologize for, and respond to, their early misogyny.

“The misogyny of the Beastie Boys’ early years was noxious and pervasive. The song ‘Girls’ is both appallingly sexist and entirely typical of the group’s first album. Live shows of that era featured women in cages dancing onstage and a giant hydraulic penis… And then a miracle happened: The Beastie Boys heard criticisms about being misogynistic, homophobic jerks and actually listened to them. And changed their behavior. Sexist lyrics stopped appearing in their songs, and the 1994 song “Sure Shot” famously included a verse in which MCA explicitly apologized for the group’s past misogyny.”

And is that really so hard?

I know it’s about giving-up power and privilege, but if you’re part of the group that took it in the first place, built institutions to protect it or just had it handed to you by dint of your birth, race or social strata, maybe it’s time to share?

And time to apologize. 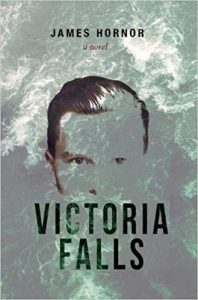 All of which may or may not bring me back to Victoria Falls, the new novel by James Hornor, which at its simplest, is about a man making poor decisions, being forced into a reckoning and dedicating the rest of his life to being a better fucking person.

That it’s beautifully written, and filled with evocative scenes, fully drawn characters, sharp dialogue and mystery, is what makes it a fine novel and a fine read, but what I kept thinking about as I read it, was that this is one thing artists, male artists especially, can do, they can listen, they can do better, and they can craft characters and story lines that map out different, more self-aware ways to be male: males that are responsive and grow, and fight against all the ways society convinces them, men, to suck.

Our young men can look to these characters as models, and what could be the future normal, and they can grow-up with a different more nuanced world view. This is only part of what needs to happen of course, there are systems that have to change, parenting methods that have to be adopted, policies that have to be implemented to address all of these ideas, and real, transparent dialogue, but artists have a part to play, and when effective, they, we, can be beacons in a world that can so easily find itself grappling with darkness.

My hope is that we get to a place where society sees women differently, and seeks to be better, that men become more self-aware and giving, better listeners, that the tilt towards goodness finds its way, but one way we get there sooner, is to point out the bad behavior, ask the people behaving this way to address it honestly and apologetically, and keep working for it to never occur in the first place.

Ben Tanzer, AM, is an Emmy-award winning coach, creative strategist, podcaster, writer, teacher and social worker who has been helping nonprofits, publishers, authors, small businesses and career changers tell their stories for 20 years. He is also a lover of all things Gin, taco and street art.

Photo by Krisztian Matyas on Unsplash.

← Man on Pause
Doctor on Call →