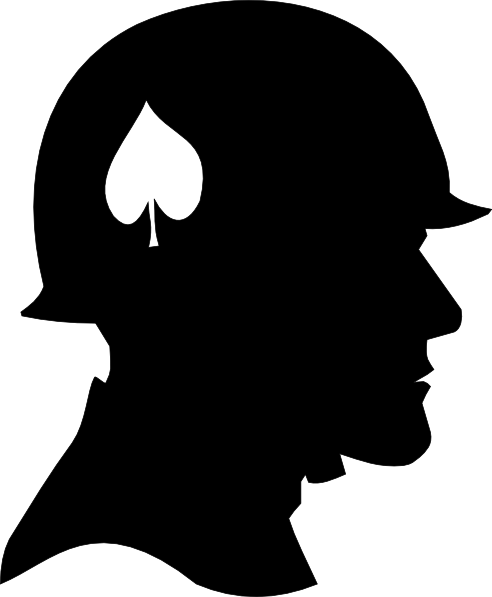 Heaven is a confusing term. I don’t really know what it is. Where is heaven located? I consulted Google Maps. The nearest pizza to Heaven can be purchased with an American Express, Discover, MasterCard, or VISA at Messina’s Restaurant? in the Cressona Mall in Pennsylvania. According to Google, Italian is spoken at Messina’s Restaurant. Their products include alcoholic beverages, appetizers, baked goods, buffalo wings, calzones, and Sicilian Pizzas. “There is no pizza like Messina pizza!”

I do know, however, that heaven has something to do with death.

Death is like driving your car along a curving rode through a swamp. Death accumulates on your windshield like rain. Bugs splatter against the windshield, mostly mosquitoes, but there are sometimes big and strange bugs — moths and butterflies — that get mixed into the slurry of bug parts and death. But think about it from the other side, from the bug side. You are a bug, and you are flying through the swamp trying to reach a butterfly or whatever it is that motives you as a bug to move through a swamp. I’m thinking it is pretty much food, sex, and something flashy like a butterfly. When it comes down it, those are the same things that motivate me. You are a mosquito chasing some butterfly. It is darting here and there, and you are going in a straight line because you are a mosquito and can only fly in a straight line and can move at an eighth of a mile an hour. A windshield traveling at eighty miles an hour, hits you and everything else that was in the air including the butterfly and you are all dead, bug paste, an annoyance that must be cleared off by rising the window and toggling the windshield wipers.

I am an atheist. For some people, such as Christians, this is a confusing term. I’m confused in turn by their confusion because it is a name they have given to people like me. It means that I don’t believe in God. What confuses the Christians, I gather, is that they take the team atheist to mean that I deny God. There is something pointed in this, to deny God. It’s like I’m denying something, as though I’m denying something I did. I didn’t do anything. I didn’t even know about it until I was told about it by the pack leaders when they were kicking me out of the Cub Scouts. What did I do? I didn’t even know about it.

So I harbor a grudge because from my point of view some people made something up and then I didn’t believe in this thing they made up. I make stuff up continually and have learned from experience that it isn’t a good idea to require that people believe it. The only time I ever succeeded was when I tricked the neighborhood kids to believe I was King Arthur returned from Avalon, and I made them steal stuff for me. When my mother found out about it, she broke up my kingdom and told me, “That’s how Hitler started.” The Boy Scouts kicked me out of their club. I couldn’t cash in my merit badges in Bugling, Fingerprinting, and Pulp and Paper for an Arrow of Light. I don’t know whether you have seen the Arrow of Light ceremony? It is where a Cub Scout becomes a Boy Scout. It is a beautiful event. I think this as close as I have ever come to understanding Heaven at least what I gather is meant by Heaven by Christians. The boy stands in front of the entire Cub Scout pack, the lights dim, and a light shines on the boy that affirms his success at exhibiting the values of character development, spiritual growth, and good citizenship. He gets the Arrow of Light and becomes a Boy Scout.

The den mother informed my mother that the light would never shine on me. I was getting too old to be a Cub Scout.

So I don’t know exactly what heaven is, but I know I want it.

“There are no atheists in foxholes,” is a phrase often used to repudiate atheists, as if, you can’t be serious. If the chips were really down, you’d recant. You’d spill the beans. You admit, “God!” No one really knows who coined this phrase. It is usually attributed to the Scripps Howard newspaper correspondent Ernie Pile. He was machine gunned to death, actually, in a foxhole, on April 18, 1945 on the Island of Le Shima.

I was in a foxhole once. I didn’t recant. I didn’t admit to something I didn’t know anything about it. It turns out the foxhole I was in was pretty benign in retrospect. It was a marble foxhole with gold-plated faucets. On January 16th, 1991 when President George Bush Senior ordered an Air Strike on Iraq, Sadddam Hussein launched a barrage of missiles at Israel and Saudi Arabia. I was in a military base in a suburb of Riyadh. Our barracks were marble condos that had originally been built for the Bedouins who ended up not liking the suburbs and remained in the desert. The King built these huge marble condos, with massive bathrooms, beautiful arabesque grills on the balconies, and no one lived in them except scorpions and pigeons until the U.S. arrived. In the middle of the night, our building shook — probably more from the sonic boom of jets taking off than incoming missiles. But, no one really knew at that point what might be inside the missiles. They could have been armed with chemicals, biological weapons, or nukes. No one in my unit knew. All we knew during that night was that the chemical alarms were going off on the base. A chemical alarm is a repeated metal on metal clang clang clang. It sounds very serious. The building shook and big things were exploded in the desert around us. We were ordered to get into MOP gear — charcoal lined suites, gas masks, and these weird rubber boots with flaps that are tied using shoelaces. We were also equipped with ampoules of atropine that would allay the effects of nerve gas. At one point, our entire building rocked back and forth, the sky flashed red, and the people on the roof were so convinced we’d been struck they injected themselves with their atropine.

So not a foxhole exactly, but I was the target of someone firing missiles at me who had every intention of blowing me to pieces. All I could do really was wait. I didn’t think about the arrow of light, Heaven, or even death.

I just wanted to go home to my girlfriend. Donald Duck, Odin, and God were the furthest things from my mind. Little did I realize that the desire to get my hands on my girlfriend, to get back home and be with her, that this was as close to heaven as I would get.

Erich Remarque’s great novel All Quite on the Western Front contains horrible scenes of life in the trenches. I read this book years later, and I was struck not by the combat scenes but the amount of loitering that occurs during a war. Remarque himself was a survivor of actual trench warfare. Hardly anyone saw anything like that in the First Gulf War. The First Gulf War was a remote war where people were murdered or murdered other people from great distances. But, where Remarque’s novel struck a chord with me was the majority of time was spent waiting and that death itself existed at all times. In Word War I, most soldiers died from dysentery and influenza. Death could come over the trench wall. Or in the case of the First Gulf War in the form of a missile obliterating a barracks of sleeping reservists in Dhahran.

The narrator of All Quite on the Western Front dies when he leans out of the trench to reach a butterfly.

This to me is heaven. Heaven was returning from Saudi Arabia where everything is dusty and orange and I had to sleep in a room full of other men. Heaven is the reach, the desire to be back home. All I wanted for the months I was there was to get back and have cold Pacific Northwest drizzle in my face and to wrap my arms around my girlfriend and be alone in a room with her and have nothing to do on a Saturday morning except read a book or something. In that reach, that next thing, getting my hands on her, I couldn’t really think of what would happen next. The sense of a future or causality or what EM Forester calls the tapeworm of plot, the “and then” of being aware, broke. There was just the finality of frustrated desire. And then, I was back, and I had reached and grabbed her, and that Saturday morning while I was reading a book or something, other things, other problems, started to happen and heaven was gone.

Matt Briggs is the author of eight works of fiction including The Strong Man and Shoot the Buffalo, which was awarded an American Book Award by the Before Columbus Foundation in 2006. The Publication Studio in Portland, OR, recently released a collection of Briggs stories, Virility Rituals of North American Teenage Boys.