What I Do by Mather Schneider 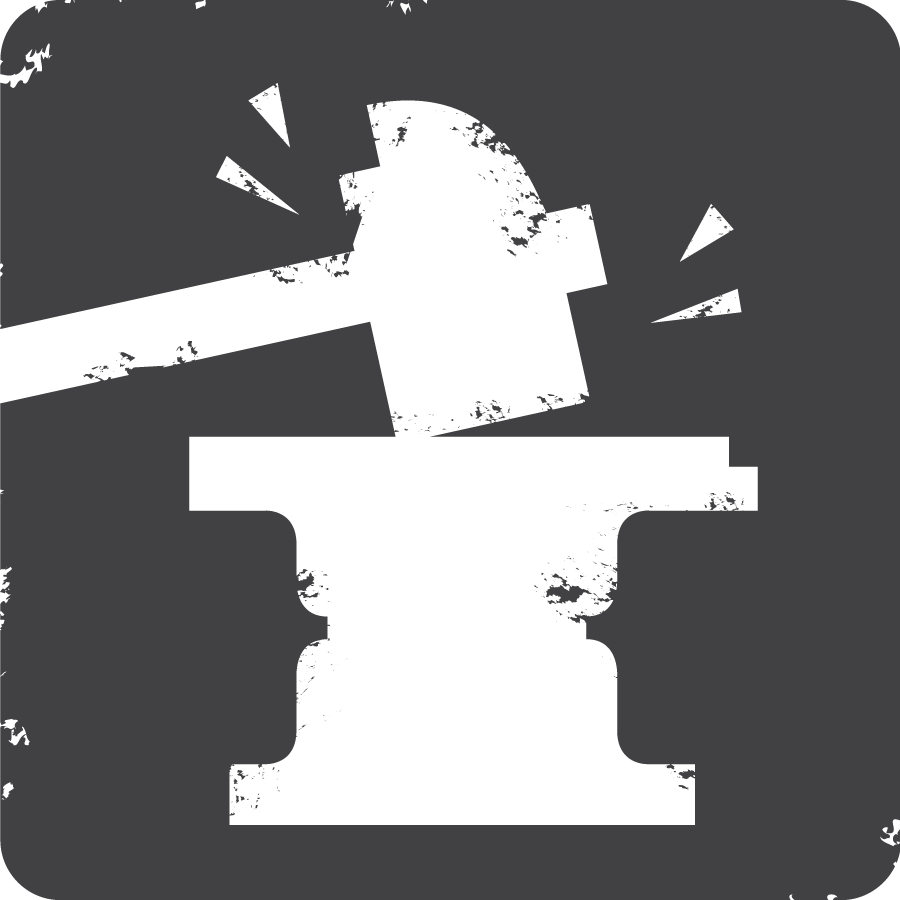 I pull my cab up to 132 W. Jacinto and park. Rosalita Morales is 23 years old. She has big lumpy formations on her left arm where they have inserted needles and tubes for her kidney dialysis 3 times a week, for years and years and years.

“Morning,” I say as she climbs in the cab. She has dark skin and dark eyes, skinny.

I take her to a doctor on the east side, which is different than her usual place: the dialysis center. She is inside the doctor’s office for only about 30 minutes. I wait for her in the cab.

When Rosalita comes out she’s crying.

“Oh, shit, shit,” she says in the cab when we were on our way back to her apartment.

“You see this?” she says, referring to the lumpy formations on her left arm, on the opposite side of the elbow. “That fucking doctor says there’s clotting going on in my arm and we have to use the other arm! That’s all I fucking need.”

She looks at her right arm, her good arm. It is smooth and thin, beautiful. She strokes it a couple of times and then looks at the ruined cauliflower of her left arm.

“Either my right arm or one of my legs,” she says. “Those are my choices. I’m gonna look like more of a freak than I do already!”

“Yes, but I just got on that list not too long ago.”

“But you’ve been on dialysis for years.”

I turn left on Congress, right by the statue of Poncho Villa on his horse. The horse is rearing with its two front feet in the air and a fierce look on its face, which mirrors the look on Poncho Villa’s face.

“Well, 3 months into it everything was going fucking great! Then, I stopped taking my anti-rejection drugs.”

“I was in the hospital for 3 months, I almost didn’t make it. So, now I’m on the list again, but they didn’t want to put me on it for a long time, because of all that, but they finally did anyway. I had to go through like a million fucking psyche tests. My mom was real mad at me.”

I take a left at Grant Road and miss the yellow arrow just barely. I feel the camera flash through my windshield and know the automatic cameras have caught me running the light. The ticket will appear in the company’s mailbox within 10 business days. I will get the ticket and a lecture and will have to pay 134 dollars to the courts. I’ve already had 2 others. One more and I’m gone.

“My brother said he would give me one of his kidneys,” Rosalita says. “But, he’s skeptical. I can’t blame him.”

I pull up to her apartment and she climbs out.

“Thank you so much,” she says.

Her face is as sad as an old heavy sunflower, dried seeds falling to the ground like teeth.

CORNER OF 36TH AND COUNTRY CLUB

I know I shouldn’t stop the cab, I should just keep on driving, but I need the cash. The neighborhood is shitty but it’s still early, only 10 o’clock a.m. Two guys are standing at the corner where the mini mart is, waving at me. 2 young Latino-looking males, dressed in price-tag-still-on baggy pants and big long shirts. The police don’t need to profile, people profile themselves by being so needy for approval. They can’t resist looking the part.

I stop the cab. They get in the back of the cab before I really know what’s going on.

They both scrunch way down in the seats.

“Not without the cash, man.”

He opens his wallet and flashes it at me. It’s loaded with bills. Then he puts it away again.

“I ain’t giving you shit, man,” he says, and gives the other guy a fancy handshake. They both laugh.

“Then you’re not going anywhere, get out.”

They look at me with a hatred that seems far greater than is warranted. The quiet one jumps out and starts walking off. From the way he walks it is clear he’s drunk. The other one just sits there.

Finally he sits up and opens his door and slowly puts one foot down on the pavement. Then, as I turn back towards the front, he leans into the cab again and swings his left hand over the seat and hits me on the right side of his face. It stings, swells up immediately. My pride is shattered, and I’m dizzy for a few moments. The kid laughs and struts slowly off to his friend. I drive out of there feeling very lucky, and unlucky, at the same time.

Some of these apartment complexes are as big as villages and as confusing as LSD labyrinths. It’s a medical voucher, Charlotte Bercher. Her apartment is 4512. After 15 minutes I find the right building, and then begin looking for the apartment. There she is waving at me, walking down the sidewalk. Middle aged white lady, like a sun-bleached eggplant.

“I wish my neighbor would give me the money he owes me,” she says. “He owes me 5 dollars. I’ve got to do laundry. The office has a machine and you put the money in the machine and it puts the money on this card and you use the card on the washers and dryers.”

“I don’t have any money on my card now. All I could do was wash my towels, I couldn’t dry them.”

“Why don’t you hang your towels out to dry in the sun?”

She looks horrified at the idea and gives a scoff. “Ha! I mean, I’m not prejudiced or anything, you know, but, the, er, the Mexicans are always doing that, hanging their clothes out like that.”

Charlotte receives a government check every month and her basic needs are taken care of. She is safe and secure as a hamster in a Coca Cola cup.

“And that’s your right.”

“Towels get all scratchy if you dry them in the sun.”

Her days are narcotic run-ons of soap operas, rape fantasies, grilled cheese sandwiches and country music. Every once in a while she gets lucky and has a doctor’s appointment.

“Do you know I signed up for the George Strait fan club?”

“But that bastard never sent me anything, not even a hello.”

“People are rude these days.”

She has a 12 o’clock appointment. Colon exploratory probe.

“I haven’t eaten since yesterday,” she says. “When you take me home later can we stop at We Went Wongs?”

I drop her off and head out. I take a big drink of water from a bottle that was frozen in my freezer all night, and now thawing slowly. It’s as cold as glacial run-off on my lips and throat.

I decide to work a double shift, so when the sun goes down I’m still out here. The night goes slow for a while. Then about midnight I get caught in a gun fight outside a frat party. Some gang members invade the place. A couple of college girls jump in my cab. They are not the girls who called me to come get them, but I don’t care and I get out of there with some bullets zinging. It’s confusing and scary and the girls are crying and cussing and one of them is very drunk.

When I get them to their sorority house, the drunk one opens her door and does a face-plant on the sidewalk. She is complete dead weight. Me and the other girl lift her up and drag her to the front door of the sorority house. The passed-out girl is wearing a dress and the dress rises up to her waist. She has yellow thong panties and orange waxed legs.

I keep the 50 cents and save it for the future.

THE PEARL NIGHTCLUB, ORACLE AND WHETMORE

A drunk guy drops a hundred dollar bill on the floor of the cab when he gets in. I reach down and gather the bill up in my fingers as the drunk guy turns to look at a woman who walks out the door of the nightclub.

It’s almost 6 o’clock and I’ve worked for 24 hours straight, which is technically against the rules, but there are ways around the rules. Just when I’m about to go home, I get another call for a nearby address. One more, why not. I drive over. A young white kid comes out of the house dressed in what looks like a restaurant uniform. It’s early but the sun is well up.

“The Furr’s restaurant on Saint Mary’s,” the kid says.

Furr’s is a local family restaurant. I head west on Saint Mary’s Road.

“Going to work, eh?” I say. I figure the kid’s a breakfast waiter at Furr’s.

Tucson is waking up, but I am drowsy, and nearly done. How many years of this? How many years more of it do I have, can I take? I’m 47 now, been doing this for 14, have no plan for retirement, haven’t paid taxes for a long time. Dues, yes, but taxes, no.

When they get to the Furr’s restaurant, the meter says $20.85. I turn around to tell the kid the amount and the kid is already out of the cab.

“I gotta get the money from inside,” the kid says.

He goes inside the restaurant, which looks empty.

I jump out and run after him. I open the door and goes inside. A couple of waiters are standing behind the counter, another is setting the tables. There is the sound of a vacuum cleaner and it smells like potatoes and onions frying.

“Did you guys see a kid come through here?”

They both nod and point to the other door on the other side of the lobby that leads outside.

“We’ve never seen him before,” one of the waiters says.

I run to the other door and go outside into the early morning. I see him now, way down the block, running. I can’t catch him and really I wouldn’t want to find out what would happen if I did catch him. I stand there and watch him run. Go, man, go.

I’m breathing heavy, but it slowly goes back to normal. I know I won’t be able to sleep now and I don’t feel like going home. I go back inside the restaurant and sit down in a corner booth and look at the menu. I’m the first customer of the day.

Mather Schneider is a taxi driver living in Tucson. His poetry and prose have appeared in the small press since 1993. He has 3 books available on Amazon.