How to Make a Snakeskin Bookmark 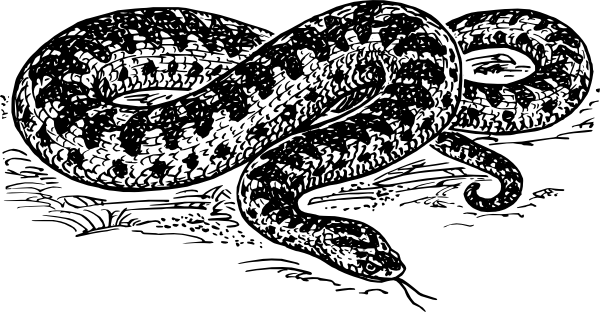 Step One: Find a Snake

It’s the drifter named Shitbag, and LoBes, and myself, and Val Russian Tattoo Artist and we’re in the back of the shop passing around a bowl when I spot a snake slithering towards us like a old friend. And I say snake! and everyone turns around confused and high. LoBes jumps up on the picnic table and Val Russian Tattoo Artist steps on the base of the snake’s head pinning it to the ground and it’s all writhing around trying to get free. I say maybe it’s someone’s python or something. It’s like three feet long and looks like a python, I guess. With all these tattoo shops around here it was certainly possible some dickhead lost a snake. A lot of things are possible in Myrtle Beach. Plus what the fuck do I know. I’m from the city, moved down here with my wife to make some money and don’t see her any more past the cracks in her smile. Shitbag keeps saying I don’t know, I don’t know. And then there’s a little droplet of liquid hanging from from the snake’s tooth. Bright amber radiating in the night. Not reflecting. Radiating. The venom light of day. As if the sun where the hemorrhagic end to us all. And we knew then that the snake had to die.

Val Russian Tattoo Artist keeps the snake pinned down with a rake we found and Shitbag grabs the scissors we were cutting up weed with and LoBes is still on the picnic table cursing. Val Russian Tattoo Artist hasn’t said a word this whole time because he’s actually Ukrainian and they don’t talk, laugh, or smile much. The scissors don’t cut straight through. Just kind of bend the neck-ish area at an acute angle. Thing isn’t even dead yet. Still flapping it’s jaw around. Still dripping that light out. So Shitbag gets out his pocket knife and gets to cutting. That ckkkkkkkit sound of the dull blade dragging over concrete, then over wet snake wound, then concrete again. Shitbag’s talking about how he’s skinned snakes before. Saying he could make me a nice bookmark for all my books. Took him a while but the head eventually came off. Mouth froze wide open. Still ready. Still scared.

LoBes finally comes down from the picnic table saying we ain’t going to keep that fucking snake in his fucking house. I got a daughter he says. So I say I’ll keep the snake at my place. We wrap the snake’s head in paper towels and put the head in the weed baggie and put the snake body in a paper bag I write DEAD SNAKE: DO NOT EAT on the paper bag. Then for two weeks I hear my wife yell about the fucking snake in the fucking vegetable crisper.

It’s my first day off from the shop all summer. Tourist season: time to make that money. But today the wife is working at the beach wear store. Today is about my porch and drinking and healing and snake skin bookmarks. Shitbag’s shirtless when I come out with the paper bag. Shitbag takes up the snake in his hands and just lets it dance there in the glint of the sun. Starts sweating. Then he stretches the body out over the table on porch and I put the head on the railing facing us. I got a good knife and Shitbag starts cutting down the center of the light scale belly. Soft sawing motion. The cut is jagged and crooked and uneven and he got about an inch or two down then pulled the skin from the body like a cotton sock after a good long day of god-to-honest work. Then Shitbag’s using a pair of scissors to finish the slit down the belly skin and I’m poking at the skinless body. Shitbag says looky here and punctures the stomach sack and all the intestine, and kidney, and long long liver flop out and I’m playing around thinking I’m learning something about the world. Shitbag’s talking about making snake soup. Saying we could boil it up and eat the meat and I say what about the venom and he says it’s only in the head but I’m not too sure. Shitbag has got the snake skin all laid out on a 2×4 and I grab some thumb tacks and we tack the skin taut against the wood to dry out. He says we got to rub salt on it but like a special salt not the salt I’ve got in the house. We got to go get it tomorrow. So we leave the whole scene looking like an altar and get to drinking and I give him cigarettes and he plays me songs about riding the rails and anarchy and how god is on the way.

We don’t get the salt the next day. We don’t ever get the salt. Then Shitbag is gone suddenly but that’s a story for another time. And the snake is still there on the porch. That head ready. Waiting. And I look at it each day on the way in and out that door. But the porch starts to smell and the wife starts to complain and I’m too much of a coward to admit I don’t want to be married to her anymore. I throw out the head and the guts and the skin and the wood and the knife and the scissors and I dog ear my pages and there’s no moral and there’s no metaphor and I forget all about it.

Brent Canle is a poet born on Long Island. He holds an MFA from the University of North Carolina Wilmington and is currently working on an English MA. Follow his found and street poetry on IG @crxxtxre.

← Last Word
Excerpts from The Bacanora Notebooks: The Turkey →