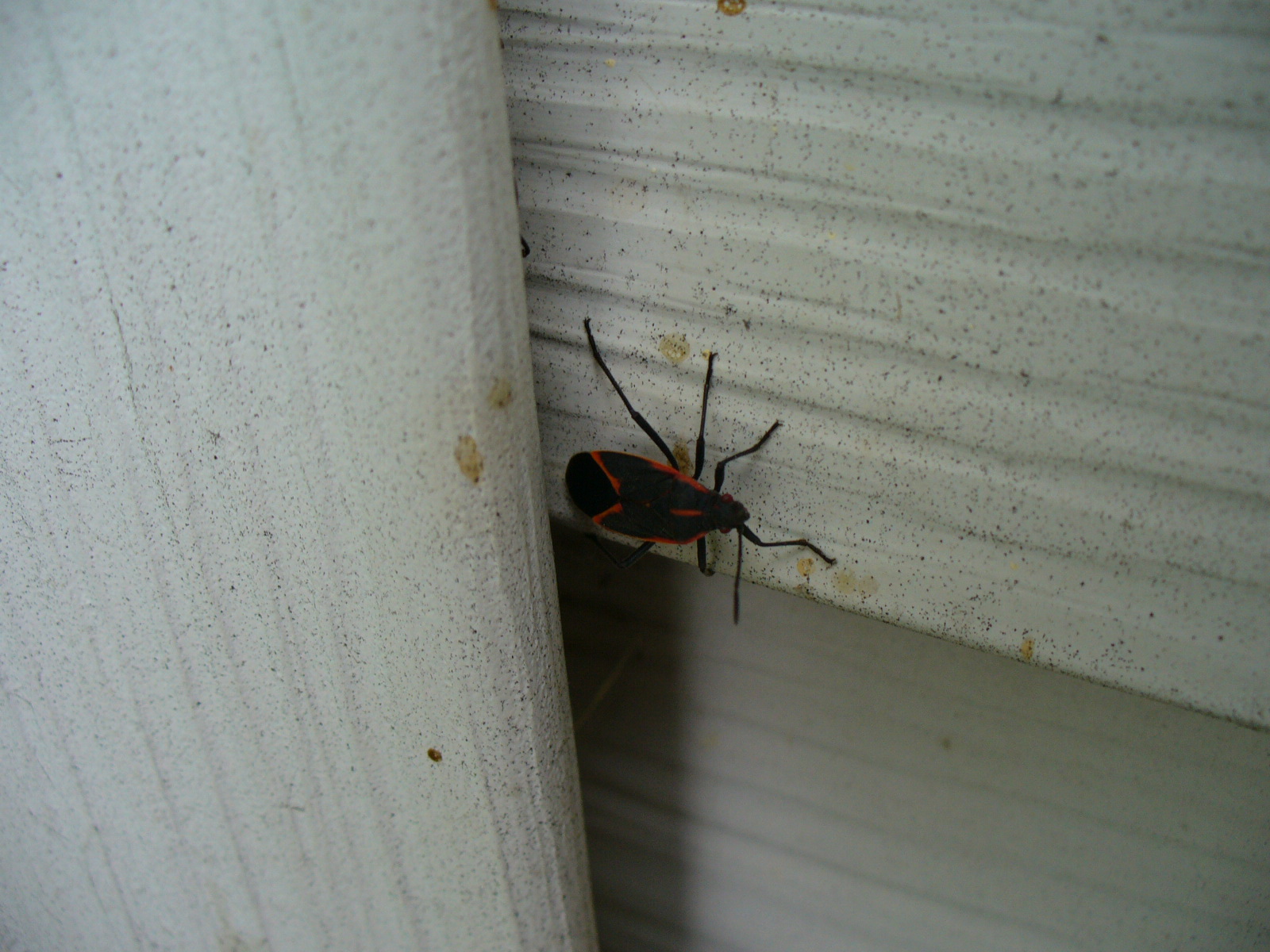 I can’t say whether a swarm of boxelder bugs clung to the bricks outside his window, or if it was too cold for that. I do remember I drove to campus to visit and we shared his top bunk in the men’s dorm—elicit and near-dark, the moonlight sifting in through those industrial-strength curtains. I recall how his fingers slipped inside me, how I wasn’t sure what to do or where this was going. I wanted to kiss him, or rather him to kiss me, but like a child playing statue, I was locked inside myself, feeling small.

But before that I must have remembered the time he locked the keys in his car, with the engine running, when I gave him a ride home and we talked about something that’s lodged in my heart though lost to my mind. How maybe he kissed me as I drove too fast on the gravel road out of town, or did I slow down to make the moment last? Or was it at the stop sign we kissed, until one or both of us decided we’d idled too long or needed to get home or maybe curfew was coming or had already passed or maybe this was a night we went home early while his car slowly ran itself out of gas.

We’d been riding in cars together our whole lives. I remember the time my mother volunteered to drive kids to the Henry Doorly Zoo for a field trip. He sat in the middle of the front bench seat on the way home, his right shoulder touching mine, his left my mom’s. He wanted to go faster, faster—to fly down the highway. No, she laughed. I don’t remember her laughing all that often. He slipped his foot into her wheel well and pushed down on the accelerator. I remember her youth flashing through her reaction, a moment of surprise and awe and joy, before she mildly reprimanded him.

I always loved sitting in the front seat next to him. We carpooled to and from elementary school, his family and mine and one other. Secretly, I vied for the spot next to him, holding the seat forward for younger siblings so they could crawl in back, hoping he and I would be left with two spots together. I’m not sure I can remember far enough back to find a time when he wasn’t.

He was one year ahead of me in school. In a three-room schoolhouse, country kids become entwined. I have few memories that don’t include him at the center, or on the periphery: shooting playground hoops on Friday nights; breaking into the elementary school library; sneaking into the vacant house on the next lot over and spraying the fire extinguisher in the stairwell. On Halloween, it was his house where I was blindfolded, when spaghetti felt like entrails and peeled grapes were a bowl full of eyeballs. Farther back still, we sat on the sidewalk outside the school, small knees bent up, pulling our feet back from the passing tires during pick-up.

Boxelder bugs swarmed the cinder block wall at our back while we waited for our ride. A few fluttered, struggling to stay aloft in the thick air, their orange-red wing veins flashing. I cupped my hands, gently caught one. Did I show him? Did he snatch it away? Or catch one of his own?

I can’t say. But, oh!—the brief excitement of him scrambling behind me, wrapping his arms around me, both of us dusted with parking lot dirt, both of us laughing—until he held me down. A would-be scream muffled behind my lips clamped shut against his fingers and the broken wings smashed between them. He worked at my flesh, tried to slip inside, to force me to eat it.

Where I come from, my mother once told me, her generation was taught to stomp on boxelder bugs, to flatten those fluttering wings, to make them bleed. Squash the democrats!—that’s what they called those invasive pests, democrats. Parents urged their children: stomp, stomp, kill.

It’s no wonder we ended up here.

Where I live now, occasionally, boxelder bugs come in swarms. I leave them alone. I don’t stomp or squash. But I do wonder about him—this boy who tried to force-feed me a bug he’d smashed between his fingers—and why I loved him for so long.

Jen Ippensen lives and writes in Nebraska. Her work can be found in Crack the Spine, Midwestern Gothic, Collective Unrest, and jmww Journal among other places. She holds an MFA in creative writing from the University of Nebraska. You can find her at www.jenippensen.com or on Twitter @jippensen.

Photo, "boxelder," by Paul Eisenberg on Flickr. No changes made to photo.