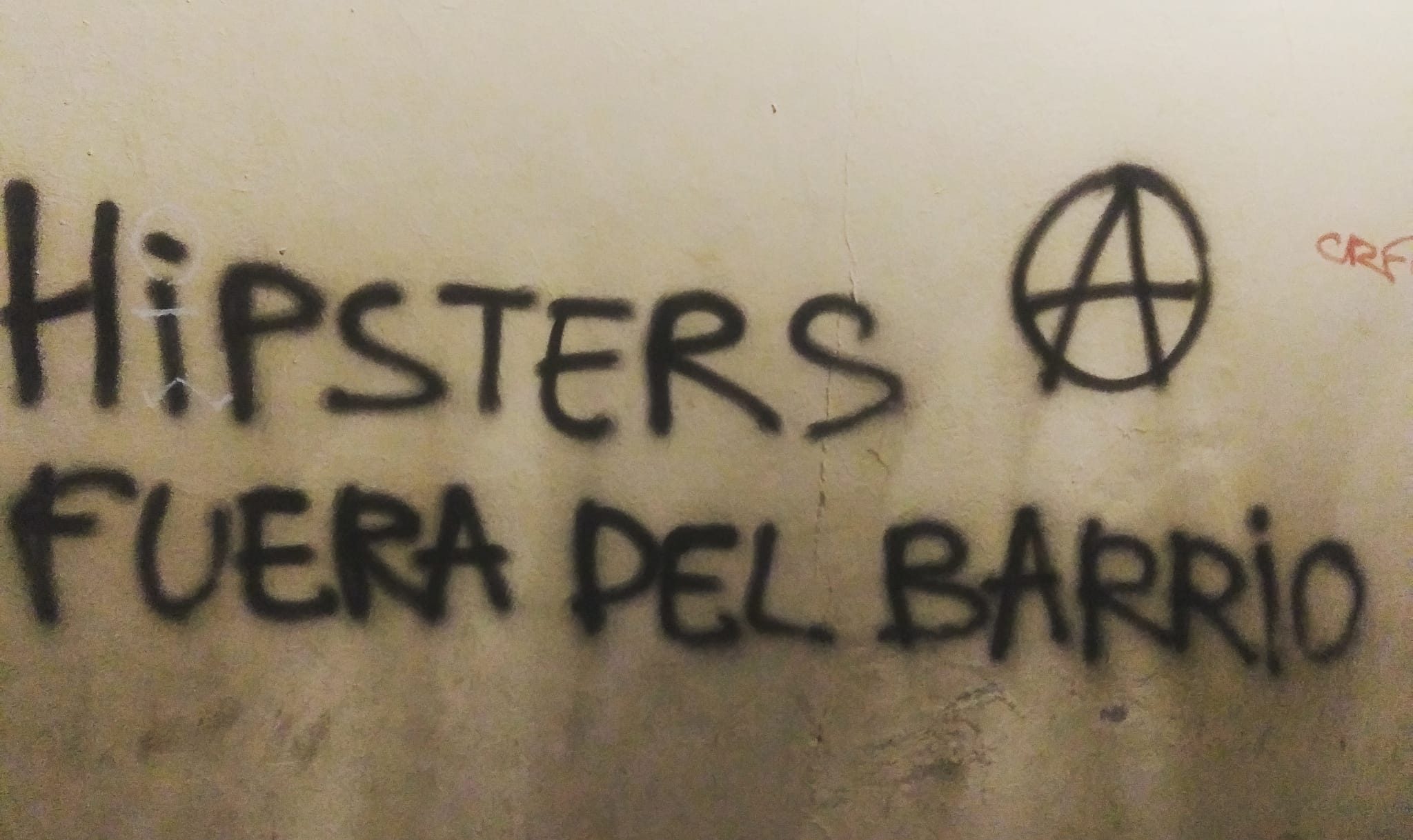 There is a late-night place in Seville called Bicicleteria. It is, quite strangely, only open on weeknights. There is no sign out front identifying it as the sort of place where people are welcome. The entrance is marked by a metal roll-down that is perennially shut, graffitoed with the title of Simone de Beauvoir’s The Second Sex overlaid atop a black-and-white solidarity fist. You ring a doorbell and a man (always the same man) emerges from a side door and tells you if they currently have space for you inside. The barroom is very narrow and perfumed with cigarette smoke, cluttered with Spaniards, and odd foreigners. It stays open regularly past 4 in the morning. Its hours are entirely discretionary, which is not so rare a thing in Spain. A glass of beer costs two euro, wine is three. No dive bar worth its salt has got a bathroom that isn’t always putrescent. Bicicleteria is no exception in this.

The staff often emerges en masse from the tiny back room, all sniffing conspicuously from the same voluntary headcold. Incidentally, there is one staff member at Bicicleteria who is maniacally obsessed with rearranging the chairs in order to keep the center aisle clear. I have never caught his name. I have tried more than once, but it is loud inside, and he is always darting around on some desperate business.

The menu is beer and wine and nothing else. There is technically a liquor shelf but asking for a mixed drink is disrespectful. So is asking to wipe down any of the tables before you sit. On Tuesday nights they put on live music with some local artists. The walls and ceilings are hung with the rusted corpses and wheels of old retired road bikes. They project moving images onto one of the room’s two long walls. To call the projections movies would be a stretch but they are mesmerizing in the way that 60s acid-cult initiation videos or those old Windows 98 Screensavers were mesmerizing.

The crowd errs eccentric. It is the sort of place where, a century and a half earlier, you might have heard unverifiable relating of cannibalism aboard the stove ruins of the whaleship Essex. People are always carelessly snuffing out the candles at their tables, casting their section of the room into total darkness until the scornful, chair-obsessed bar-back flies in sniffing furiously with a phone-light and matchbook held aloft.

Patrons regularly come out with hair and clothes reeking of nicotine smoke, spilt drink, musk, pheromones, eau de cologne. There is something attractive about the sort of place where the staff seems almost to resent your custom. It is a certain kind of writer’s paradise.

Once every month or so, word will get around that the bar has been shut down by the city authorities, for the sorts of reasons that only make sense to cops. Within a week it is always reliably back up and running again. The music in Bicicleteria is as a matter of course atonal. People dance in the narrow spaces between the tables.

I have had strange and pleasant interactions there. I have had a married couple invite me back to their home to spend the night (I politely declined). I have had a bigoted young woman from Granada inform me in Spanish, “You sound like a Chinese.” I have been assured that the erstwhile head of Ciudadanos (one of Spain’s right-wing political parties) has got a foot fetish, that someone’s friend’s friend can confirm it as verified fact.

Oftentimes, when I am feeling especially blue, I will go there, to try and shake myself out of my malaise. It is rather calming to sit and watch the addled bar-back practically yank the seats out from underneath people according to some surreal choreograph only he is privy-to. To witness the staff viciously browbeat whosoever blows their table’s candle out. I like sitting with company and watching the figures dance between the tables with the graceless joy of children. It is an ecstatic, crowded, spraddle-footed display. The candles make everybody more beautiful than any of us truly feel. Extraordinarily, I have never in all my visits seen any of the drunks there catch on fire.

← Memoir by way of catalogue
WESTVILLE →