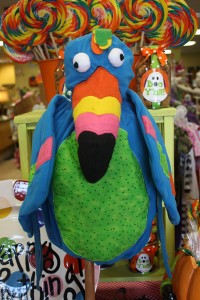 A study out of Dresden, Germany has found that people without a sense of smell are at a higher risk for depression, social anxiety and household accidents. The study failed to find out why this seemed to be the case, but science would get around to figuring that out later. Science is fighting the end boss right now, mom.

In the meantime, it was recommended by most scientists that the thirty-two non-smellers from the study create a television show that capitalizes on the humor of their social anxiety and household accidents. “It would be like a real-life version of The Office,” one scientist said. “Except with more people falling down and nobody smelling anything.”

I visited the German NBC lot where production of their show Nobody Dealt It was already underway.  “This is a really great opportunity for me,” said the star of the show, one Rolf Gehrig. “I can exploit my terrifying fear of public speaking and the sweat my body produces and its horrible smell that I am incapable of noticing. It is all comedy gold.”

Rolf then slipped on a skateboard and fell through a window that two workers were randomly carrying around. He landed in a bed of fresh spring flowers but could not appreciate their aromas.