Ignorance May Cause Cancer 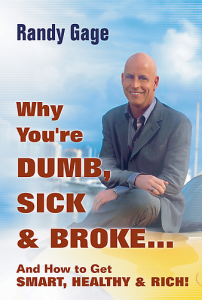 The American Cancer Society released a study finding that those with less education were more likely to get cancer. The “cool kids” in high school who dropped out to speed around on mopeds are at a much greater risk than those of us who sat in poorly-air conditioned public schools learning about the Kreb Cycle or possibly Planck’s Constant.

How does Moby Dick protect its readers from cancer? Well, when you read a book, tiny chemicals called educrons are released in the brain. These educrons then make their way into your bloodstream. When the educrons combine with the air present in your blood, it causes a reaction known as Smartosis. Smartosis destroys rogue cancer-causing cells through an interaction scientists have dubbed “Chess.”

In all seriousness, reading a book doesn’t protect you from cancer. A good job and the ability to make money protects a person from cancer. Poorly-educated people get the worst jobs and make the least money. They live in the most polluted parts of town, can’t afford medical insurance and have the least legal power. Also, their jobs tend to be hazardous. Coalminers die of black lung at the age of 16 in tar-paper shacks while coal mine owners tend to die at age 93 surrounded by the wads of cash that loved them.

Regardless of class issues, education is important. Because education leads to a healthier lifestyle, it is its own reward. Yet, if a person gets cancer, it doesn’t necessarily mean that they are uneducated. Life is just unfair.