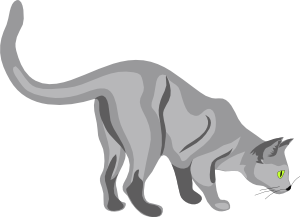 Being a thirty-five year-old teenager may or may not be going okay, and all I have to show for it are dead dreams and season one of Full House on DVD, but living alone is rad because you’re able to spread depression throughout an entire enclosure without bumming anyone else out, which is super liberating, though I do have a cat, and sometimes I’ll randomly yell or make weird grunting noises just to remind myself that “Hey, I’m still alive,” which the cat loves, and my current crush is the Internet tech support woman who made me feel like I mattered for 10-15 minutes, so I now pronounce us husband and Wi-Fi, though telling me I “won’t be disappointed” is pretty much like calling my initial reaction towards everything a lie, which I find very insulting, so just accept me for who I am, which is a person so far removed from reality that they’re being smothered by their own crippling despair, and let’s be honest, you’re kind of a villainous piece of shit if you smoke cigars, and you’re kind of a villainous piece of shit if you use the word “erudite” in a sentence, especially when it’s used in this sentence, and 2001 is my shit right now, and The Wayans Brothers are my shit right now, and using a phone that doesn’t flip open is basic as fuck, and Funeral Fatties would be a good name for a hook-up site that featured only plus-sized goths, which I’m all about because death is chasing me, and so is the gap between how many people I follow on Twitter to the amount of followers I actually have, so maybe the Twitter Help Center can assist in my debilitating self-loathing, and oh shit I just scrolled past a list entitled “20 Forgotten 80s Stars” that showed a picture of Ralph Macchio and I very urgently whispered to myself, “I’ll never forget the Karate Kid, motherfucker,” and you know, it’s kind of a bummer to have never won a martial arts tournament, but Ocean’s Eleven is my shit right now, and AOL chat rooms are my shit right now, and you can go home again but it’ll most likely be completely fucked, so “home” is basically wherever there are people trying crazy hard to get you to finally leave, because honestly, homeless people and feral animals are the true outsider artists, the real movers and shakers, though non-artists are generally the best kinds of species, and maybe my biggest attribute when it comes to friendship is that I make for a nice, empty garbage can people can scream into, and I’d give you a textbook example but I never bothered reading textbooks so you’ll just have to trust me on this, yet somehow I’m missing the chromosome where being poor and having to work shitty jobs is some passing phase that’s supposed to end in your twenties, so maybe one day I’ll open a My Little Pony-themed pizza parlor called Broneys Calzoneys, or maybe not, because one of the hardest things about starting a business is probably the anxiety of having to remember the names of people you’ve hired while trying to suppress a nagging, destructive urge to just run away and go die somewhere alone, so yeah, I’d give it the old college try, which means I’ll get drunk and overwhelmed and quit really early on, and 9/11 conspiracy theories are my shit right now, and the first Strokes CD is my shit right now, and I found it oddly funny that while yelling at my cat to stop showing her ass I was reaching into a bag to retrieve a handful of peanut M&Ms, and sure, not many things in life make sense, but unloading obscenities in a parking lot so does, and if you don’t have a cupboard that when opened Little Debbie snacks just fall out and smack against your face then see ya later!