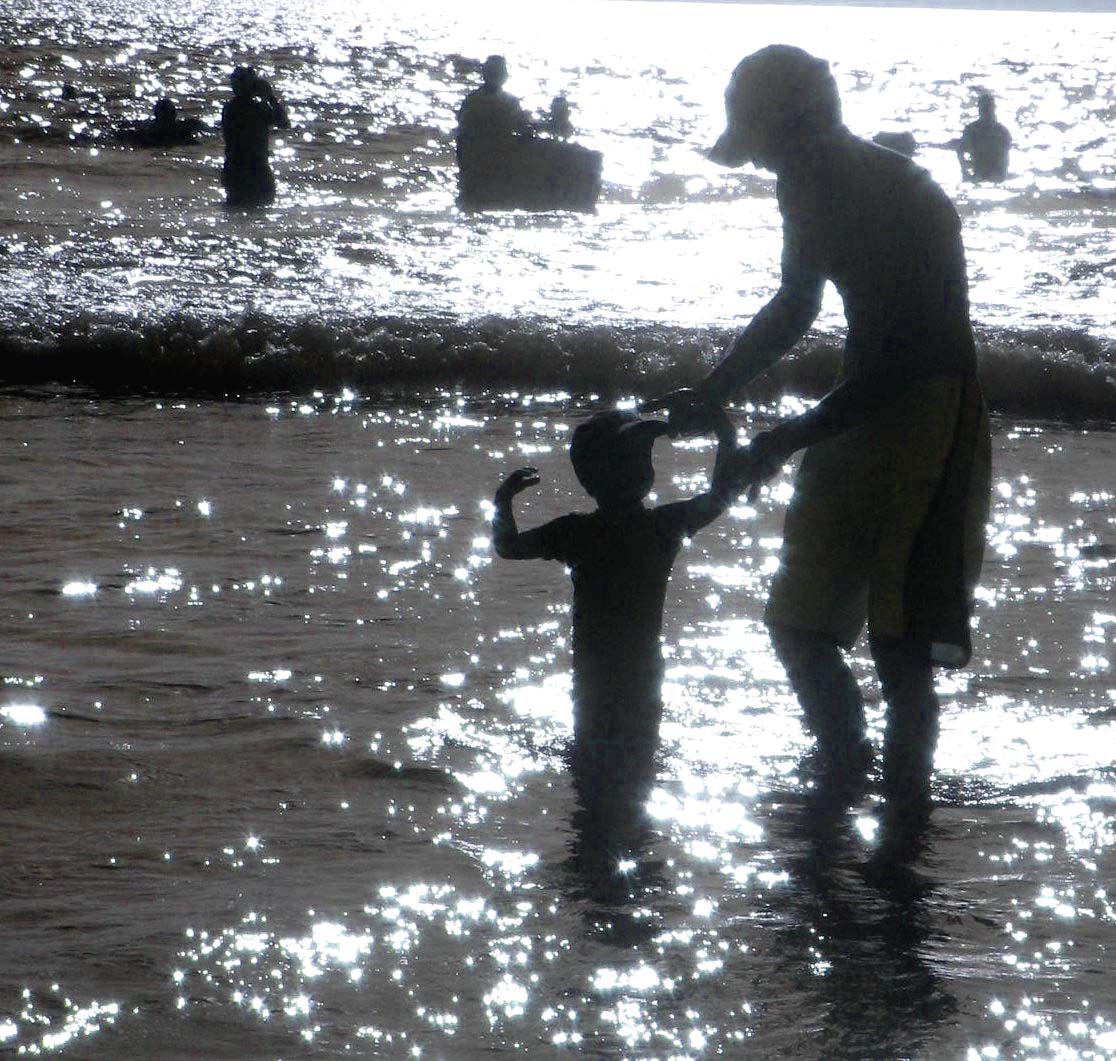 Palm open, he fans out the little fingers of his little left hand save for the index and middle one, folding the fanned ones into that curative palm of his in a partial fist. His chubby thumb is a lenient latch over his partial fist. This boy, our boy, lifts his middle and index fingers, parts them like a touch typist (he’s just started lessons) and forms a V, keeping his other digits in that soft caress of a clench. Our three-year-old raises his arm and extends that hand and then his arm, that glorious wing, outstretched and aloft. He shows us a smidge of a Michelangelo half-smile.

“Looks more like the Churchill thing,” my wife says. “V for victory, babe?”

“Look at our little man express himself,” I say. “We might just have us a peacenik here!”

My wife and I join hands and beam at our son.

“‘I didn’t do anything wrong,’” he sputters, launching into an impression of the impressions he’s seen and heard of former U.S. President Richard M. Nixon, c. 1973.

This boy makes a V with the fingers of his little right hand, raises that soft short arm it’s attached to so that both of his arms are in the air, affirming his Nixon’s non-wrong-doing. His arms shadow dance in slo-mo, his V fingers curling ever so slightly. He jettisons his pacifier with the whoosh of his next word: “What’s Nixon doing?”

My wife picks up his pacifier from his high-chair tray and looks at me and looks at me hard with the look she’s been shooting at me pretty often of late. Not an I told you so look so much as I’m really tired of you not getting it and being this kind of stupid, although at this point, it’s been abbreviated to Do something.

I think I get it. It’s my fault, it definitely is, if it’s a fault thing. And if it needs fixing, I’ll fix it. But I don’t know.

My wife and I, I think we agree on essentially everything when it comes child-rearing. In addition to the usual things, we believe it’s important for both of us to be ourselves with and in front of our son, to be role models in that context. So that he has a better shot at being himself.

We’re also big on education. Lifelong learning. If our son shows an interest in anything—typing, math, science, literature, the law, the pop-culture and psycho-social implications of preserving the Nixon-as-a-symbol-of-what-exactly? in American life—we’re gonna encourage the hell out of it. At least that’s what we’ve said we’ll do.

A couple months ago, our son began to exhibit signs that he might dig political history. If his interest in a PBS documentary on the Kennedys was any indication, he’s fascinated by world leaders and especially the charismatic kind. Which was fantastic. Something my wife and I both could get behind and feed.

He’s been demonstrating his interest in a variety of ways. That color splash crayoned on that construction paper taped to the fridge? That’s a picture he drew. “De Gaulle’s hair,” he told us. One night I said he needed to wear a jacket and he said “You mean my Mao coat?” I made him cry when I told him the baseball cap he’d received for his birthday wasn’t a replica of the University of Havana hat issued to the team Fidel Castro pitched for.

Then there’s the Nixon thing. I’m reading this long, three-part biography of the man, a matter-of-factly rendered opus of his rise, ruin and recovery, and I am really digging it. It’s infuriating and it’s tragic and it’s sad, but it’s also strange and surreal, so it can be really funny. To me. I haven’t been able to stop talking about the books, or about him. The Checkers speech. The enemies list. The how of him. That campaign poster showing him in a suit and hard shoes, on a desolate beach, hands in his pants pockets as he walks, all by his lonesome, away from the camera, into the future.

My wife doesn’t find Nixon as interesting as I do. And she doesn’t think there’s anything funny about him.

“Isn’t he more or less everything we’ve said we believed we were fighting against?” she said. “The fear mongering, the abuse of power, the paranoia, the narcissism—doesn’t his story strike you as not entirely different than you-know-who’s?”

But that’s been the extent of her disapproval of my Nixonphiling. Up until last week. That’s when our son started asking, or maybe just started saying because sometimes it’s hard to tell if he’s actually asking questions (he’s three), if I could tell him even more of the stories I’d been reading. “What’s Nixon doing?” he kept saying.

Turns out he’d also been binge-watching Nixon interviews, movies, documentaries: the Kennedy-Nixon debate, Nixon on Laugh-In, the Watergate tapes, Anthony Hopkins’ Nixon, assorted YouTube clips featuring all things RN, including that Mobb Deep track that samples a 1971 Nixon speech (“America’s public enemy number one is drug abuse”) and all the original “I am not a crook” aka “I didn’t do anything wrong” moments. We thought he’d been watching Ken Burns’ The Roosevelts and an Angela Merkel documentary.

“Aren’t we supposed to share our passions, to be ourselves around him?” I’d said. “Aren’t we here to feed his interests?”

I agreed to curb my glee and keep the tales to myself until we could come up with a better parenting strategy. I admit, I was starting to wonder if we needed one.

The other night, I was outside his bedroom door, about to go into his room to say goodnight, and I heard him channeling Nixon during RN’s post-resignation good-bye speech to the White House staff: “Always remember, others may hate you, but those who hate you don’t win unless you hate them, and then you destroy yourself.”

Is this Nixon thing our son’s latched onto a bad thing? If it is, how do we (I) get him unlatched? Am I a bad father if I don’t think the Nixon thing’s a bad thing? I say this to my wife as she’s rinsing off the pacifier.

“Maybe if you’d been an adult or a parent in the 1970s you’d feel differently,” my wife says. “Like now, with 45. How come you’re not joking about him around our son and don’t you start.”

And suddenly, there 45 is. On the television screen less than 10 feet in front of us.

It’s been another one of those kinds of 45 days—that much, I haven’t been able to avoid hearing. Now he’s on a tarmac, headed for another land. Another place to make this day even more of one of those kinds of days. He boards the jetway, stops, turns and waves, possibly to a crowd at the airfield. Or maybe just to the television audience. 45 waves, then flashes a V.

My wife and I gasp. “My man!” I cry out to our son, whose eyes are backlit as he begins to speak:

“Peace is a daily, a weekly, a monthly process, gradually changing opinions, slowly eroding old barriers, quietly building new structures. And however undramatic the pursuit of peace, that pursuit must go on.”

Our son makes a V with the fingers of his little left hand, then makes one with his right. He raises his soft short arms into the air, and half-smiles.

Pat Foran is a writer in Milwaukee, Wisconsin. His work has appeared in Milk Candy Review, Little Fiction, WhiskeyPaper, Anti-Heroin Chic, Gravel, and elsewhere. Find him on Twitter at @pdforan.

← The Stillness of Remembering
The Zoo Lion Is Like a Hurricane →