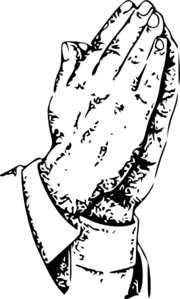 PEEK-A-BOO IN THE FRONT PEW

I’ve become something of an underwear connoisseur since I took this gig. My bet’s on baby blue cotton this morning, which is okay, but not as good as red satin.

Even the best Catholic girls don’t come to mass on a weekday, not unless there’s a May Queen crowning or Wednesday night choir practice or their parents forced confession on them for one or another venial sin. Weekday masses are for ladies with blue hair and widows with moth-eaten wigs and people who think they’re gonna die soon.

We aren’t actually dating, not in the strict sense of the word, not unless you count last summer’s barbecue in the Wilsons’ backyard when I walked up to Anne Marie with a hot dog and asked if she knew a good place to hide something about that size. Probably not my finest hour, since Anne Marie’s dad was standing behind me. Since then, I don’t get to see her much.

Which doesn’t mean I don’t get to see much of her on Tuesday mornings.

Right at that part when Father O’Sullivan starts his frankincense parade down the aisle, up the aisle, back down the aisle, right when the blue-haired ladies and the people with cancer prayers start coughing up a lung, that’s when she does it. Those pink knees open up like Moses’ Red Sea. And speaking of red—

Peek-a-boo-boo-baby. It ain’t no reflection from the stained glass. This is real red satin today. Satan’s panties to the max.

The thing about a cassock, the preferred costume of all altar boys, is the convenience factor. Lean a little forward to minimize the tent-pole effect those red undies bring on, feint a reach for the bell on your right side, slide your left hand under and up. Like they say, the right hand doesn’t need to know what the left is up to.

Anne Marie stares piously into her bible and closes up the peephole the second Father O’Sullivan’s done with his incense cloud business. That’s all right. I got the mental picture down.

The only thing I don’t like about Tuesday morning mass is that it’s always over way too soon, even with the addition of that frankincense shit Father O’Sullivan started—at my suggestion, of course. Some of the congregation have to get to their doctor’s appointments, Anne Marie’s mother needs to get her hair done, and Anne Marie has to roll her skirt back to regulation length and high-tail it off to school.

Well, you get the idea. Who cares if Sharon Stone isn’t Jewish?

Since then, it’s real hard to consider a skull-cap without thinking about boobs.

Or families. This summer, the parents decided to open our living room to the Farnsworths from down the street. Which means that for the two months between graduation and flying off to Buenos Aires with Gid, I have the unenviable privilege of sharing every Saturday with Rachel Farnsworth.

“Aren’t they sweet together?” Mom says after depositing a tray of lemonade and cookies on the coffee table. What I wouldn’t give for a brewski.

“They’ll have beautiful babies,” Mrs. Farnsworth says, thinking Rachel and I are so engrossed in Joe Smith’s lost dinner plates that we don’t hear her.

While Mom and Mrs. Farnsworth are lobbing baby names around like a fucking tennis ball, I’m sitting next to Rachel on the chintz sofa, reading and passing and passing and reading. In between chapters of the good book, I burp. Rachel smiles at me. Could I fart, maybe? One noxious methane burst might do the trick, but knowing Rachel, she’d find it endearing.

Look, I don’t hate Rachel. She’s got everything—looks, tits, Clorox-white teeth, tits, nice feet, tits. The problem is the tits. And a few other pieces of her anatomy.

Terrific. Now she’s trying extra hard to make sure our fingers touch when she’s finished reading her chapter and passes the book back to me. I crack a weak smile; Rachel mistakes it for encouragement and shifts on the sofa, letting her skirt ride up another inch, giving me a peek at her Magic Mormon Undies. Be still my beating heart.

We’ve already started talking about it, about how when we get back from knocking on doors and riding bikes around BA we’re gonna sit everyone down and spill it. Hi Mom and Dad, great to see you, guess what? Gideon and I are gay, and we’ve decided to get married.

Rachel’s in the middle of that Mosiah chapter, the bit about having your hearts knit together in unity and love, and I’m as sweaty as my lemonade glass. Wait a sec, there’s Mom’s sewing basket in the corner and what’s that thing they say about sticking needles in your eyes? I could dig that right now. Or, maybe, I’ll take up knitting, learn how to can peaches and tomatoes, crimp the crust of pies. They’d have to get the point then, right?

Nah. They wouldn’t. So I’ll send them a selfie of me and Gid kissing at the gates of the Casa Rosada instead.

I’m not saying I don’t want to pray anymore. Praying’s cool, saves your soul, gets you eternity in the light. So I’ll still pray, it’s just that with all that time in between, there are a few activities I’d like to try:

1. Kiss each one of Naflah’s toes.

2. Lead Naflah into the desert so I can watch her make sand angels in what passes for snow.

3. Monkey-scramble up a palm tree and shake shake shake until dates rain on Naflah like fat drops of sweetness.

4. Transform myself into a tube of henna, a bottle of her nail lacquer, her comb.

Christina Dalcher is a theoretical linguist from the Land of Styron and Barbecue, where she writes, teaches, and channels Shirley Jackson. Recognitions include The Bath Flash Award’s Short List, nominations for Best of the Net and Best Small Fictions, and second place in Bartleby Snopes’ Dialogue-Only Contest. Find her work in The Airgonaut, The Nottingham Review, and New South Journal, among others. Find Christina at www.christinadalcher.com, @CVDalcher, or pretending to be an adolescent boy.

← Could Haves
The Crystal Palace →