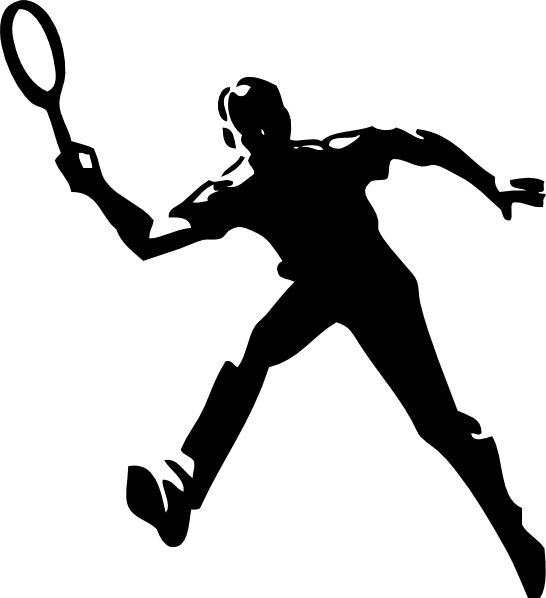 “Flamboyant Frenchman Gael Monfils stuns the crowd on Court One by playing some amazing tennis against fellow countryman Gilles Simon…Monfils’ efforts were to no avail though; as he went on to lose the match 6-3 3-6 6-7 6-2 2-6.” – BBC Sport, July 2015

Monfils was photographed in the Second Round of the 2014 French Open flying horizontally through the air at a height of around two metres. He lost the point. He hits winners with his ‘wrong’ left hand and once even continued a point after dropping his racket in an attempt to bamboozle his opponent.

So this is the ‘breath of fresh air’ they keep on rattling on about at the still-stuffy top tennis clubs of the world? Not exactly, say the opinion-formers.

The work of this generation’s great court jester, comparable to Mansour Bahrami or Henri Leconte in their gravitas-undermining prime, is primarily met with a tone of resignation, almost disappointment on his behalf by anyone close enough to a broadcasting microphone. Erratic, they say, they always say. So much potential. They never quite add ‘gone to waste’, but its there, booming loud in the silences.

With five ATP Tour titles under his belt and nearly $9million career earnings, it’s fair to say Monsieur Monfils is doing alright for himself. This is hardly a man dreaming of becoming shift supervisor at Maccy D’s as an alternative to putting some hours in on the practice court.

The opinion we’re offered, though, is that Monfils’s gold is of a higher carat than that of your standard crowd-tickling funster, and thus in his impeccable clowning, the joke is actually on him; this bendy, tic-heavy maker of the impossible shot. When he feels like it.

A renowned hater of grass and possibly all that it stands for, he most often doesn’t feel like it in SW19. The peak year for self-destruction was 2014; where in just two rounds he managed to provide enough material to hog the ‘most watched’ highlights reel.

The First Round saw the umpire offer medical help after a floppy-limbed couple of fluffed games, only to be reassured that this was all part of some apparent master plan: “It’s OK, I’m sneaky.” He won in straight sets. Of course, a wild five-set Second Round defeat to Czech youngster Jiri Vasely followed in which he veered between unplayable winners and outs so out they nearly required the use of neighbouring courts. Maybe it’s just something about Second Rounds.

It’s fair to say that anything that bemuses the BBC commentary team can only be viewed as a positive. And when you learn that generic jock dullard Andy Roddick (career record 2-6 v Monfils) is a hater, it becomes abundantly clear that our man is probably onto something.

Far from a tragic loser with flawed dreams of grandeur a la Tim Henman, Monfils is the ultimate gallant loser. While pundits and coaches (of which he goes through many) might be tearing follicles to shreds, dreaming his dreams for him, he is in the moment, casting spells. The tournament round in which he pulls the purest breed of rabbit out of the hat seems almost immaterial. He is an artist, and every match is an exhibition match.

In this sporting world of dull, consummate professionalism, let’s call it ‘Federerism’, only lip-service is given to artistry. Roger Federer makes an ideal counterpoint here; while the grace and beauty of his play is praised, it’s a clear second priority to getting the job done in as ruthless and efficient manner as possible.

You wouldn’t catch Federer doing what Monfils did against Federer at this year’s French Open. In front of his Parisian home crowd, he upset the Swiss’s rhythm and levelled the match before play was stopped for bad light. Returning the next day, he capitulated with almost laughable ease to a four-set defeat. But then you wouldn’t catch Federer competing in a dance off in the very same arena a year before, either. Gael did.

As he dances, he seemingly hides no bitterness in his heart. He predicted his own passing over for France’s Davis Cup squad to play Great Britain in favour of Nicolas Mahut, ranked nearly 50 ranking places below him and struggling with injury. He then endorsed the decision in the aftermath, while taking the opportunity to drive home his light distain towards grass.

Towards the ruthless Grand Slam winners of his generation he is utterly magnanimous, not least Federer. He describes playing him as the major story to tell his unborn kids about. The big beasts return the favour. World number one Novak Djokovic recently named Monfils as the only player he’d buy a ticket to watch.

Élan; Gael Monfils gets it in a way that transcends such petty matters as victory and defeat. Why plonk down a straightforward smash when you can leap four feet in the air and karate chop the thing home, before doing a little bow to the assembled? He might not win the tournament, but he will beat the living crap out of right this moment.

It may not always work, and Samuel Beckett would only approve up to a point. For the most part, Monfils will slide and stretch and leap his heart out in pursuit of failing ever better, but there’s never an absolute guarantee he won’t lose interest if the practicalities of professional match play get in the way of having, and providing for others, a good time. Then, just failing can be OK too:

Those experts would have you believe that this is showing the dream profession of thousands upon thousands of young hopefuls disrespect. But there’s an alternative spin. Maybe, just maybe, Gael realises he’s got a dream job, and respects this by letting life weigh lightly upon his shoulders.

There are pretenders to Gael’s crown; but let’s not give them too much credit for ripping off the work of this generation’s Willy Wonka of the court. When Nick Kyrgios sees out a game barely looking at the ball as he loosely bats it into the net before flickering with a blink back to battle stations in the next game or takes the time to bicker about the pains of wearing too many socks to umpire bemusement and consternation, you just know there is no possibility he hasn’t wiled away hours digging deep into the Monfils YouTube compilation worm hole.

There lives a constant media narrative which calls for more ‘characters’ in sport, just like in those semi-mythical Good Old Days. But this is a confused mediated storyline, which doesn’t know whether to embrace the maverick or outcast them as pariah; mistake light satire for outright mockery. Kyrgios himself has felt the roughest possible edge of this of late. There’s an argument for the jokers needing to form a union, or at the very least hire a good PR agency.

But enough talk of the wannabes for now; they’ll have their day. Gael Monfils walks in the footsteps of sport’s greatest entertainers, and may well among the most gifted of them all – at both the clowning and the sport. Perhaps he will only be denied global mega stardom by the fact he speaks English as a second language.

At 28, we’ve probably got about four years’ worth of his work in current profession to go. We should treasure it. It’s hard to imagine he’s so in love with the game he’s going to keep cracking on into his mid-late thirties. Hell, he’s probably got more fun things to do. Don’t rule anything out: winning snowboard half pipe gold medal at a future Winter Olympics, making a killing performing a mime show on the Royal Mile during the Edinburgh Festival, or perhaps brokering peace in the Middle East with a wink and shrug.

We may never know if in pursuit of fun, Monfils is repeatedly crashing out of tournaments he could progress way further in, even win. On the other hand, underachievement can surely only be judged on personal standards, not those of others. If he’s happy with things as they are, the world cannot tell him he’s wrong, so let’s value the guaranteed entertainment and embrace the genius, even if it is sporadic. No-one denigrates the beauty of Japan’s cherry blossom bloom on the grounds of its fleeting appearance.

As a final note, Gael Monfils won the 2006 paddle tennis world championships in Las Vegas after only taking up the sport a few days before. The Las Vegas Review-Journal seems to capture the very essence of the man in the briefest quote and synopsis:

“’It’s not my sport, but I know in one sport I’m No. 1 in the world,’ said the 6-foot-3-inch Monfils, who entertained the crowd with some impromptu dance moves and celebrated by standing on his head.”

Gary Hartley is a writer, performance poet and idiot from Leeds. In the realm of sport, he has up to now mainly written about football, for FourFourTwo.com, The Blizzard, The Green Soccer Journal and others. Twitter: @garyfromleeds

← Insuring the Collection: A Life With Zero Deductibles
Spook Show →