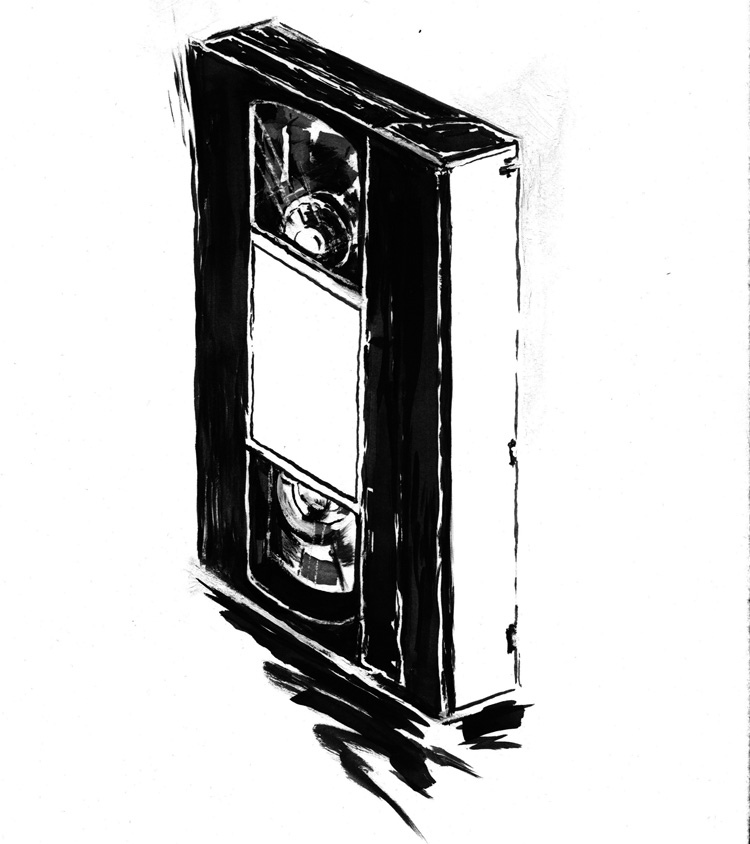 There he goes, Rob Lowe, leaping from my rooftop, nothing below him but the neighbor’s flat, gray, concrete side-yard three stories down. It’s June 1987, Weehawken, New Jersey, across the water from New York City, and like crystals the Manhattan skyscrapers behind him catch gold from the late afternoon sun. How do such moments happen? How does one come to witness such events? You move to New York, that’s how, and it helps if it’s 1987. Being from Grand Prairie, Texas is enough to keep you humble, so I know better than to think I’ve earned or deserve this sort of action. Nope, I only stare in amazement, wondering if Rob Lowe is going to die.

There’s a precise symmetry in the placement of his hands and legs, the right in front, the left in back, like a fencer, as he traverses his arc. A second body is in space slightly behind his, someone not important, a drummer in some band that didn’t last. No doubt the two were challenging each other, egging one another on, till both took off.

But just because it’s a wondrous sight doesn’t mean it’s desirable. There are at least thirty of us at this rooftop party, and we’re all drunk, to a greater or lesser degree, on margaritas made by yours truly and my roommate down in the kitchen filling up a tray with enchiladas. Should Rob Lowe not stick his landing on the neighbor’s slanted roof, he would most certainly tumble to his death and take my roommate’s budding career as a screenwriter with him. That’s how Rob Lowe got on my rooftop in the first place. He’s signed up to star in the movie my roommate co-authored that’s in development at some studio. If he falls, my roommate’s writing career would be the least of our concerns. The police would no doubt check Rob Lowe’s blood alcohol level and find he was looped on the tequila we’d served. I imagine the headlines in the New York Post the next morning: “Lowe Down Shame” or “Brat-Fall,” with the subhead “Alcohol a factor, say police.” I’ll admit first among my thoughts was the fact we could be sued. We could be liable for manslaughter. We could go to prison…

Steve Adams’s creative nonfiction was included in the 2014 Pushcart Prize XXXVIII anthology and has been published in Willow Springs, The Pinch, and elsewhere. His fiction has been nominated for Pushcart Prizes, anthologized, and published in Glimmer Train, The Missouri Review, Chicago Review, and elsewhere. He’s won Glimmer Train's Short Story Award for New Writers, been a guest artist at The University of Texas, a scholar at the Norman Mailer Writers’ Colony, a resident artist at Jentel, and his plays have been produced in New York City. He is a writing coach in Austin at www.steveadamswriting.com.

← Domino Teeth
In the Season of Blood and Gold →