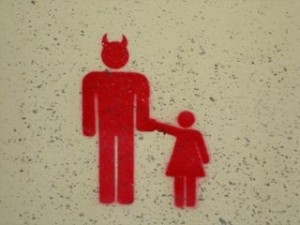 We all knew there was something wrong with shy people. Their long, yearning faces, their indoor, alabaster skin (white shy people only), the cat hairs on their clothing, their voices muffled, faces aimed floorward, poorly postured, shoulders slumped.

Even the shy people knew they were screwed up, that’s why they wouldn’t leave their mothers’ basements or neighbors’ root cellars. But now we have empirical proof that shy people’s brains are creepier, weirder and loserier than the brains of normal people.

Scientists at Vanderbilt college showed shy and not-shy people pictures of familiar and unfamiliar faces. Then the scientists used magnetic resonance imaging to look at the brains of the test subjects. Whenever a normal person saw a stranger’s face, the normal person’s brain was all normal, but when a stranger’s photograph was shown to a shy person, the shy person’s hippocampus and amygdala went all bat-shit crazy all over the place, also known as “habituation failure”, the inability to adapt to new stimuli.

In layman’s terms, when a shy dude was shown a strange face, he got scared. Because shy people are scared of unknown faces, they tend to avoid social situations.

When I asked a shy lady, hiding behind a book of Emily Dickinson poetry at the bus stop, for a comment, she slid her car key between her forefinger and index finger, waved it at me and slowly backed away until she was just a speck on the horizon.